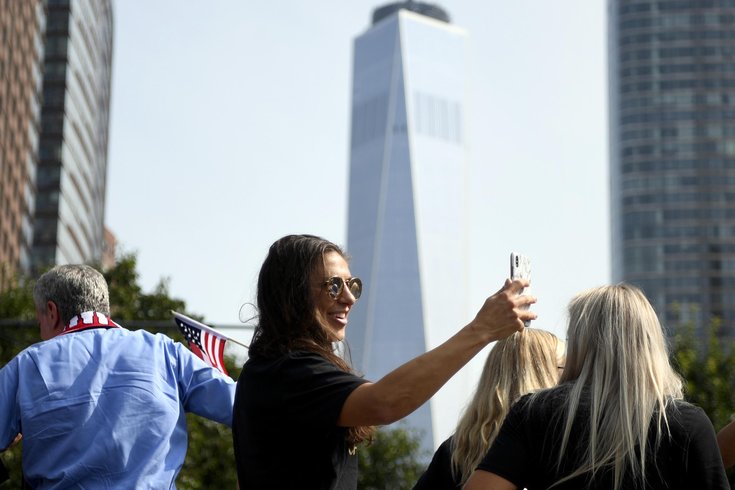 By now, if you live in Philadelphia and have even the slightest passing interest in the sports world, you probably know two things about Carli Lloyd: that she and the U.S. Women's National Team just won their fourth World Cup, and second in a row; and that she is, for all intents and purposes, from here.

Lloyd is from Delran, just across the Delaware River in Burlington County, New Jersey, but Philly sports fans treat her like she's from Bella Vista. She has a (temporary) mural up in Fishtown under SEPTA's Market-Frankford Line, and she's covered (like with this story) as if she's a Philadelphia athlete, even though she plays for the NWSL's New Jersey-based Sky Blue FC.

All of this is to say, endearing herself to the city even more seemed like a pretty tall task, but that didn't stop Lloyd from doing so. She didn't dig deep, but then she didn't have to:

Going into a rival's city and belting out your favorite team's fight song, knowing full well they won't boo you because you're Carli Lloyd and you're a two-time world champion, is a pretty baller move.

Lloyd has easily solidified herself in the top tier of the Philadelphia Eagles' celebrity superfans, along with South Jersey's Mike Trout and Jenkintown's own Bradley Cooper. There might even be an argument that Lloyd is at the top, although teammate Julie Ertz is closing the gap, and fast.