This is your new favorite Little League Baseball player 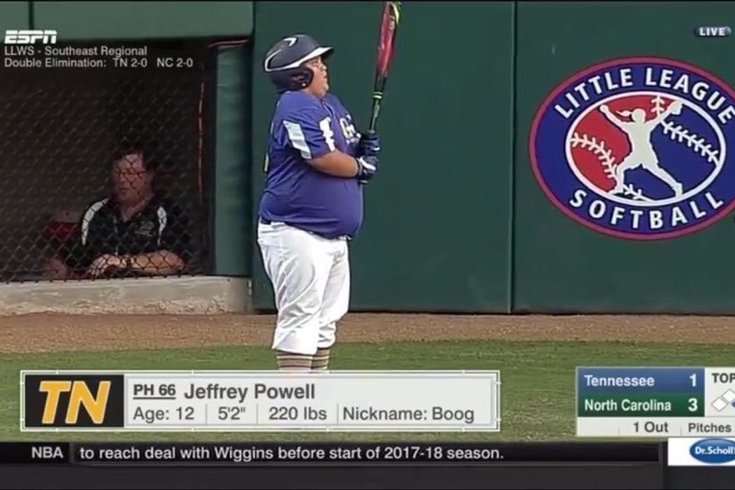 To my fellow Pennsylvanians who make the drive each year to Williamsport to take in the Little League World Series, and for fans of sports in general, pour one out. Unfortunately, at this year's main event, we won't be graced with the presence of Jeffrey Powell, your new favorite amateur baseball player.

Powell, who goes by the nickname "Boog" (like the former Orioles great), is a 220-pound, 12-year-old kid who played for the Tennessee squad in this year's Southeast region.

RELATED: MLB game to be played in Williamsport during Little League World Series

Tennessee ultimately didn't make it to the championship game, which means no more Boog — the chubby, fun-loving star the sport needs:

You may not like it but Jeffrey Powell is the face of little league baseball. And he's from Tennessee pic.twitter.com/h6u7yLbsyZ

My guy Jeffrey Powell of Tennessee grounded out to first #LLWS pic.twitter.com/MuQiq7q9kI

He knocks in runs:

There are already highlight videos of him on YouTube:

Not since Philadelphia's prodigal daughter Mo'ne Davis has Little League had a player who captivated fans' interest like this. Little League needs some sort of Rule 5 draft after the regional tournament to make sure kids like Boog make it to Williamsport. Otherwise, ESPN needs to find some way to incorporate him into the broadcast. Make it happen, Nomar.