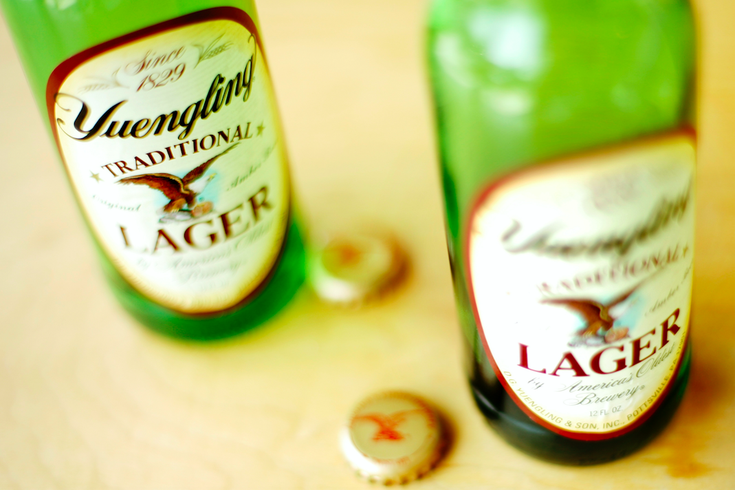 Pennsylvania's lager of choice is also America's top performer, according to the Brewers Association, a nonprofit trade group representing small and independent craft brewers. It's timely news for a company on the brink of its biggest marketing campaign to date.

Earlier this week, the Brewers Association released its annual list of the top 50 craft brewers in the United States, led by Pottsville-based Yuengling and studded with three other familiar Pennsylvania breweries.

The annual list, based on 2015 beer sales volume, reflects a year in which U.S. craft brewers produced 24.5 million barrels of beer valued at $22.3 billion, a 13 percent rise in volume and a 16 percent increase in retail dollar value.

“For the past decade, craft brewers have charged into the market, seeing double-digit growth for eight of those years,” said Bart Watson, chief economist at the Brewers Association. “There are still a lot of opportunities and areas for additional growth. An important focus will remain on quality as small and independent brewers continue to lead the local, full-flavored beer movement.”

Yuengling notched the top rank courtesy of its recent reclassification as a craft brewery, though a breakdown of the individual numbers is pending publication in the May/June issue of The New Brewer. Among all American brewing companies, Yuengling came in fourth behind giants Anheuser-Busch, MillerCoors and Pabst Brewing Co.

Yuengling is gearing up for a major awareness campaign to continue its stellar growth.

"We've got an amazing, passionate fan base that's driven our success and popularity in Pennsylvania, but we realized once you get outside of our core home state — and even within our home state — the awareness of our brand and the understanding of the components to our story as America's oldest brewery was pretty low," Tyler Simpson, marketing director at Yuengling, told the Philadelphia Business Journal last month.

In June, for the first time, the brewer will sponsor its own Yuengling Light Lager Concert Series at the ArtsQuest Center's Musikfest Café in Bethlehem. That's just one of many promotional efforts launched in a partnership with Philadelphia- and Boston-based ad agency Allen & Gerritsen, which will spread Yuengling's message – "Respect. It's Earned" –  in a wave of new TV spots, print and digital ads, and retail promotions.

“Small and independent brewers are a beacon for beer and our economy,” added Watson. “As breweries continue to open and volume increases, there is a strong need for workers to fill a whole host of positions at these small and growing businesses.”