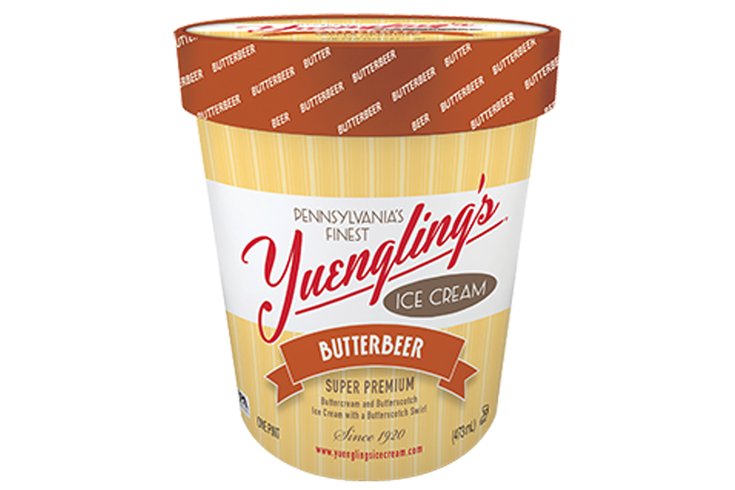 Yuengling's Ice Cream has added a Butterbeer flavor to its lineup.

The Pennsylvania-based company has added Butterbeer to its current 18-flavor lineup, according to a Monday announcement.

Butterbeer, for any non-Harry Potter fan unfamiliar with the drink, is described in the books as "a little bit like less-sickly butterscotch" and is popular among those in the wizarding world.

“We are always looking for ways to inspire our fans and spark creativity," David Yuengling, president of Yuengling’s Ice Cream, said in a statement. "Whether it's our flavor names and descriptions or the recipes themselves — we’re in the business of having fun. We hope we made J.K. Rowling proud with this flavor.”

While the book describes the drink as having a little bit of alcohol, the ice cream version won't have any trace.

Yuengling's Ice Cream was started during the Prohibition era by D.G. Yuengling & Son Brewery but is unaffiliated with the maker of the famous Pennsylvania lager.

After a 30-year hiatus, Yuengling's Ice Cream returned to store shelves in 2014.

In addition to Butterbeer, Yuengling's Ice Cream also announced that it's added a strawberry flavor to its lineup, which already includes orange cream, peanut butter cup, chocolate fudge brownie and more. Quarts of the two new flavors will be available in the coming months, according to the company.

Check out the closest spot to find a pint of the new flavor here.