Dawn White is an L.A. transplant but a self-proclaimed "massive" Birds fan 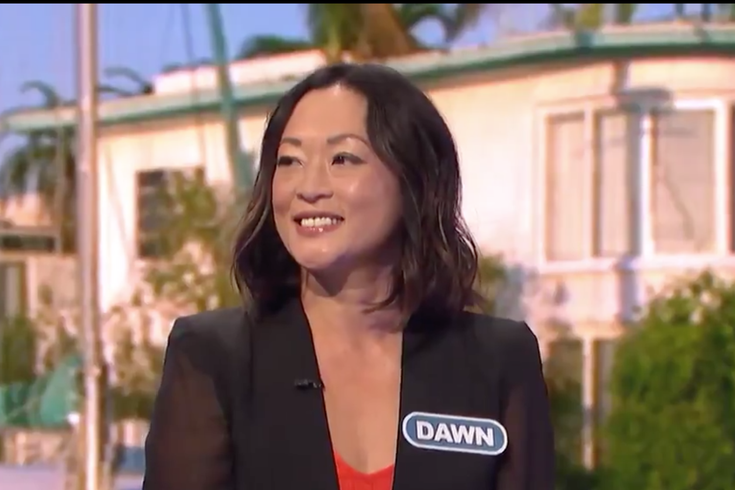 Philly native Dawn White was on "Wheel of Fortune" on Wednesday and took home a large cash prize.

"I was late to my own wedding because I was watching an Eagles game," she said.

But don't worry, they're still happily married, she said.

The "Wheel of Fortune" Twitter account tweeted at the Eagles with a clip of White's enthusiasm, and they responded appropriately by solving a puzzle.

Hey @Eagles, did you know you had this level of fan dedication? #WheelOfFortune pic.twitter.com/Ujix3rQKOz

White beat out the other two contestants in the first part of the show and moved on to the individual puzzle round. She guessed "Folding Work Bench" in a category called "around the house" with three additional letters C, H, P and O.

What can we say? Eagles fans are big winners.