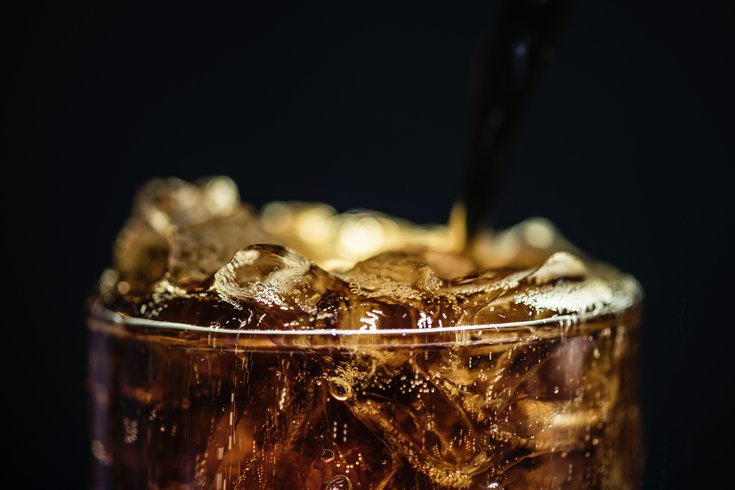 You may be drawn to diet soda for its low-calorie content and satisfying sweetness. After all, it’s not the sugary calorie-bomb of regular soda. However, diet soda is extremely detrimental to your health, for a variety of reasons. The latest findings show that the artificial sweeteners used in diet soda are linked to increased rates of stroke and dementia. But if you’re still craving a can, keep reading.

Diet soda is loaded with artificial sweeteners, often including aspartame, acesulfame k, and/or sucralose. Artificial sweeteners provide a more potent flavor than regular sugar, but at a cost: They raise the bar on what we consider sweet, and dull the reward centers in our brains. Sucralose, commonly known as Splenda, is actually 600 times sweeter than sugar. When your taste buds and brain become less sensitive to sweetness, you’re more likely to seek sweeter foods, and more of them.

Your gut also is being deceived by artificial sweeteners. When you drink diet soda, the sweet taste signals to your gut that it’s going to receive something high in calories. But when it receives a zero-calorie diet soda, your gut becomes confused and inefficiently processes the drink, ultimately distorting your hunger signals.

A long-term study conducted with over 3,000 women discovered a significant link between kidney deficiency and diet soda. They determined that less than two servings a day of artificially sweetened soda is associated with increased odds for kidney function decline in women. Compared with women who did not drink diet soda, those who regularly did experienced a 30 percent greater reduction in kidney function during the 20 years tested in the study.

Despite having little to no calories, diet soda causes weight gain. In fact, the University of Texas Health Science Center in San Antonio found that those who had two servings of diet soda experienced significant increases in their waistline compared to those who avoided the drink. The weight gain manifested in abdominal fat, putting participants at higher risk for diabetes, cardiovascular disease, and cancer. Additionally, the artificial sweeteners in diet soda can trigger insulin production, which puts your body into fat-storing mode, and consequently causes weight gain.

Diet sodas may not contain sugar, but they still are harmful to your teeth. One of the most prominent ingredients in diet soda is phosphoric acid, which gives soda its tangy flavor, as well as high levels of acidity. Phosphoric acid softens and dissolves tooth enamel, preparing the way for tooth decay. Despite being marketed as healthier choices, the pH levels in some of the most popular soda brands' sugar-free alternatives are considered “extremely erosive” by the American Dental Association.

There are healthy alternatives to diet soda with few calories, no added sugar, and no artificial sweeteners. Some delicious possibilities include iced green, black, and herbal teas, coconut water, or plain or flavored sparkling water. If these alternatives still aren’t sweet enough for you, try blending sparkling water with a splash of fruit juice for sweet and bubbly refreshment. It may take a bit of time to adjust to a new way to quench your thirst, but your body will thank you.

Learn nutritious recipes at a Healthy Cooking Class: Every Wednesday at Independence LIVE