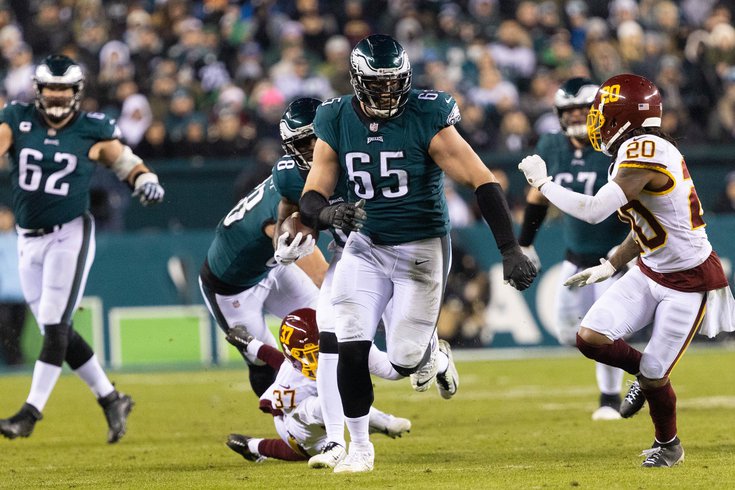 The 2022 NFL Combine is underway, which means it's #SpiderChartSzn. It's been about a half decade since we've taken a look back at some of the best Eagles Combine performances in recent years, so let's go ahead and update that, with help from the great site mockdraftable.com.

Note: When we refer to a player's "percentile," we're referring to the percentage of players they tested better than at their respective positional groups at the Combine since 1999.

Cox didn't fare well in the jumping drills, but he ran a ridiculous 4.79 40-yard dash (98th percentile among DTs), which is actually better than nine percent of running backs. He also put up 30 reps on the bench press and finished in the 98th percentile in the 3-cone.

Goedert was basically good at everything — speed, quickness, strength, and size — but his quickness measurables (3-cone and 20-yard shuttle) were particularly good, as they were both at least in the 92nd percentile.

Jackson worked out as a quarterback when he competed at the NFL Combine before eventually becoming a tight end. As we're all aware, Jalen Hurts is a very good athlete as well and probably deserves an honorable mention here, but Jackson was a size-athleticism freak of nature when he came out.

Maddox is tied for the third-best 60-yard shuttle time in NFL history (any position). He was also in the 97th percentile in the 3-cone.

Opeta knocked out 39 bench reps, and he also placed in at least the 91st percentile in the 40-yard dash, vertical jump, and broad jump.

Sweat finished in the top 81 percentile in every event he competed in, with 96+ percentile scores in the vertical jump and the 40-yard dash.

Williams placed in the 99th percentile in four (!) different drills, and at least in the 93rd percentile in three more. He might be the best athlete for his position on the team.

*Because there was no Combine in 2021, Williams' measurables were recorded at his pro day.