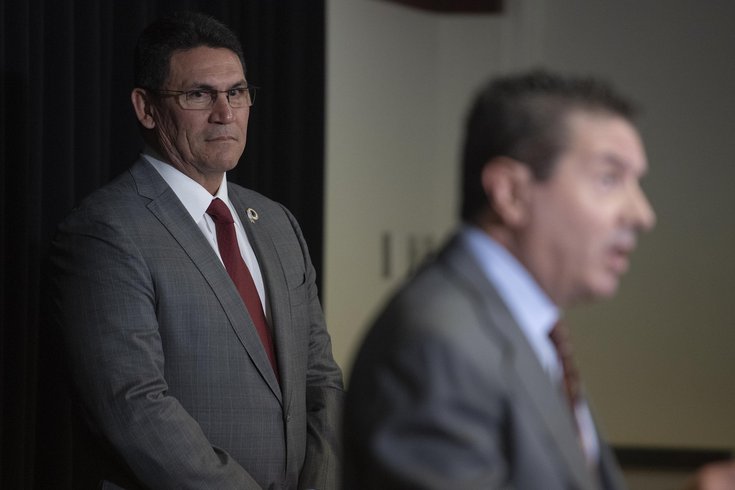 Ron Rivera ponders, "What have I done?"

This week, all week long, we're taking a negative look at each of the teams in the NFC East, in detail. On Monday, our first target was the perpetually over-hyped Dallas Cowboys. On Tuesday, we looked at the loser New York Giants. Today, we'll roast the Washington Football Team.

To note, we will not be talking about the positives of any of the Eagles' NFC East rivals, because, well, that's no fun. This will be 100 percent vitriolic. And yes, we'll torch the Eagles as well at the end of the series.

For the first time in a long time, there's optimism in the DMV about the Washington Football Team, which is kind of hilarious, given the way their season ended in 2020.

With three games to play, Washington sat atop the NFC East at 6-7, with two home games to go against the Seahawks and Panthers, followed by a Week 17 finale against the Eagles in Philly.

They lost to the Seahawks Week 15, but the loser Giants also lost that week, so no harm, no foul. In Week 16, facing the crappy Panthers at home, Washington lost again, but once again, so did the loser Giants. Had Washington taken care of business against the Panthers, they'd have won the division right then and there, and could have rested starters Week 17.

Instead, they put themselves in a position in which they had to beat the Eagles Week 17 to win the division. The Eagles, who were very clearly tanking for better draft positioning, were more than happy to oblige. An hour and a half before kickoff, they announced that an absurd 10 players would be inactive, including Fletcher Cox, Carson Wentz, Miles Sanders, Dallas Goedert, Derek Barnett, Jordan Mailata, DeSean Jackson, and Alshon Jeffery. That was on top of an injured reserve list that included guys like Lane Johnson, Brandon Brooks, Jason Peters, Rodney McLeod, Josh Sweat, and Andre Dillard.

The Eagles' starters for that game were as follows:

I mean, Good Lord, look at that offensive line. Matt Pryor started at LT! Look at that secondary. They started four backup safeties!

And yet, for the bulk of the first half, the Eagles kind of outplayed them. Howie Roseman must've been sitting up in the booth like, "FML." And then of course, as you all remember, the Eagles pulled Jalen Hurts, inserted in Nate Sudfeld, and Washington squeaked out a 20-14 "win." They then paraded around the field with NFC East championship hats like they earned something, lol. 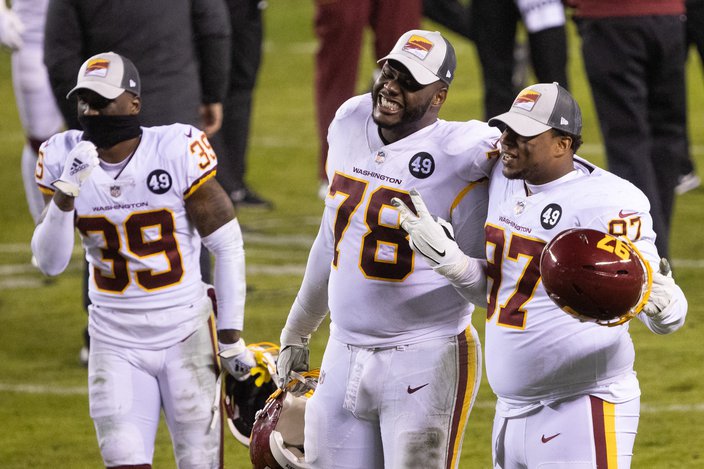 The following week, they had a home playoff game, and were easily dispatched of in the wildcard round.

So to recap, their final four games of the season went like so:

By the way, as long as we're on the topic of undeserving Washington accomplishments, and I mean, who cares I guess since this is ancient history, but why is it never brought up that two of their three Super Bowls were in strike-shortened seasons?

2) I know that he's a national treasure and it's heresy to say anything negative about him, but let's be honest — Ryan Fitzpatrick is just the next in a loooooong line of mediocre WFT quarterbacks

Congratulations on winning the worst division ever, Washington Football Team. Tell them what they've won! A 38-year-old quarterback now on his ninth team, with a career winning percentage of 0.409.

I mean, signing Ryan Fitzpatrick to be your starting quarterback feels a lot like winning a gag trip to Delaware on Let's Make a Deal.

And yet, you can kinda squint and see the logic of this signing through Washington-colored glasses.

On the one hand, signing Fitzpatrick neither makes Washington a Super Bowl contender, nor does it give them a long-term answer at quarterback, or even the potential for one. Quarterback will continue to remain the most glaring long-term need on the roster next offseason, regardless of how Fitzpatrick plays. In that sense, this team is probably looking ahead to a 2021 season in which they spin their wheels in mediocrity.

On the other hand, "mediocrity" can win this trash division, as it did in 2020. Also, "sustained mediocrity" would be a massive step up from the doormat status this franchise has earned over the bulk of the Daniel Snyder era. If this team can repeat as NFC East champs, they will be the first team to do so since the Eagles did it in 2003-2004. Maybe that can help nudge a culture shift forward from a team that expects to lose to one that expects to at least be mediocre? Maybe there's some value in that. Fitzpatrick is at least better than the four guys that started games last season (Haskins, Smith, Allen, and Heinicke).

That this signing actually makes some sense is a testament to how low the bar is for this team. How many teams can sign a career bridge quarterback, and the fan base is like, "YYYYYYYEEEEEESSSSSSSSS!!!!"

That's not a rhetorical question, by the way. The answer is one.

3) The offensive tackles are highly suspect

Once upon a time, Washington had Trent Williams at LT and Morgan Moses at RT. That was a really good tandem.

In 2021, they'll have Charles Leno, a guy cut by the sucky Chicago Bears, at LT, and a rookie second-round pick (Sam Cosmi) at RT. Not ideal.

And as long as we're on the O-line, allow me to take a minute to chime in on Brandon Scherff, who Washington franchise tagged for the second straight season. He'll count for $18,036,000 on the cap in 2021 if Washington can't get a long-term deal worked out with him by July 15th.

At that $18 million number, Scherff is the highest-paid guard in the league by a mile. The next closest player under contract is Brandon Brooks, at a hair over $14 million. Is Scherff worth $18 million? He decidedly is not. While I can understand Washington's reluctance to just let him go and open up a huge hole along their offensive line, there aren't many good options with him going forward, because Scherff holds similar leverage as Dak Prescott, having been tagged twice.

If Washington tags him for a third time next offseason, his cap number will be $25,971,840. That's not going to happen. Assuming Scherff plays well again in 2021 (which is course what you want, duh), Washington is either going to have to wildly overpay him on a long-term deal to keep him, or they'll lose him in 2022 free agency after having burned a huge chunk of money on him in a non-contending season in 2021.

We know that Washington's quarterbacks weren't good last year, but they did have some things to work with offensively:

And yet, they finished 32nd in DVOA offensively, when there were plenty of teams with crappier offensive personnel. Yep, they were worse offensively than the Eagles, Jets, Bengals, etc., according to DVOA. 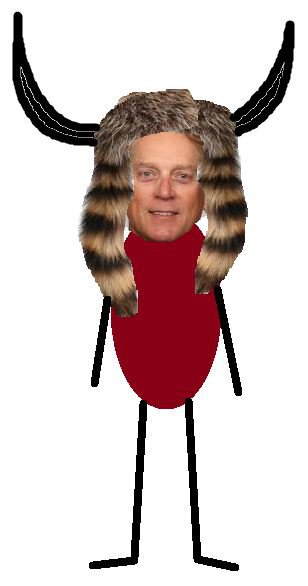 Montez Sweat: "I want more information before I get the vaccine."

Also Montez Sweat: "I'm not a fan of information."

"DE Montez Sweat on the team bringing in vaccine experts to speak to players: “I’m not a fan of it at all. ... I won’t get vaccinated until I get more facts.”

"On why he’s hesitant: “I haven’t caught covid yet, so I don’t see me treating covid until I actually get covid."

JaQ Del Rio has to be behind this, right?

The Football Team drafted a long snapper in the sixth round. In case you're unfamiliar, the long snapper is the guy who snaps the ball on field goals and punts. The name of this long snapper that Washington drafted is Camaron Cheeseman.

Washington actually traded their fifth-round pick in 2022 to take Cheeseman, who again, snaps the football on field goals and punts.

8) They'll have a first-place schedule

I suppose the Packers are beatable if they trade Aaron Rodgers. Otherwise, the Football Team will be significant underdogs in all three of those games. Anyway, WFT fans, I know you guys aren't used to winning the division, but this is what happens the next year when you do.

9) There hasn't been a repeat NFC East champion since 2004

As noted above, the last time a team repeated as NFC East division winners was when the Eagles did it in 2004. In each of the last 15 seasons, we've seen the previous year's division champion dethroned.

10) And as always, is Daniel Snyder still the owner?

There was some ill-fated hope that Snyder might be forced to sell the team, which frankly would have been good for everybody (not just WFT fans). Instead, it went the complete opposite way. Not only is Snyder still the owner, but his family will reportedly now own 100 percent of the team. 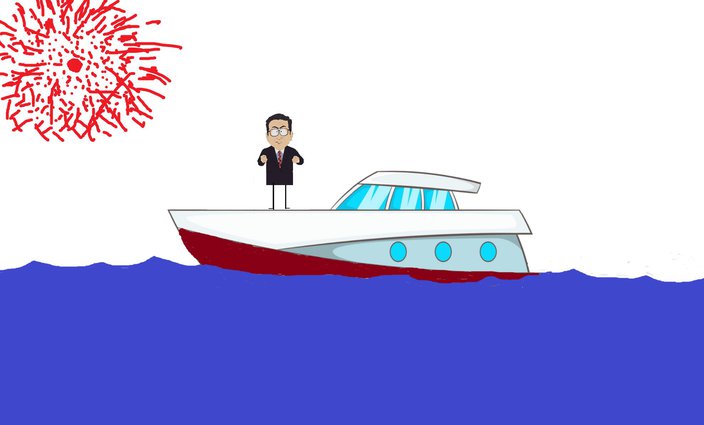 And really, that's all that matters. Not who the quarterback is. Not the offensive tackles. Not the scheme, or who is on their schedule. As long as Snyder owns the team (there's no longer an end in sight), they're going to continue to be a reprehensible organization from the very top that goes nowhere, and rooting for them is pretty much the most fruitless, frustrating, waste of time hobby one could undertake. 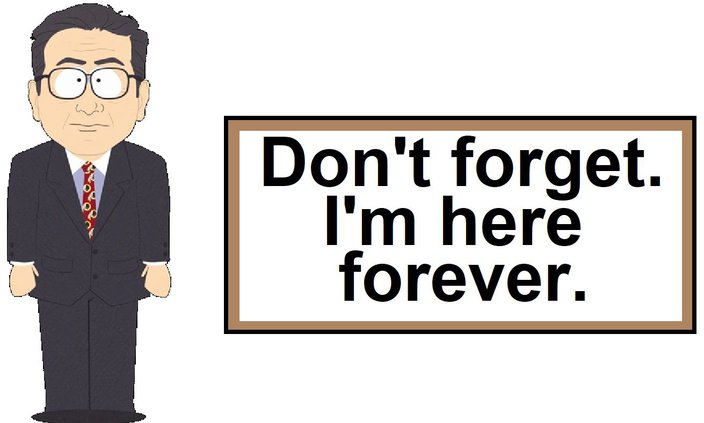