12 reasons why Philadelphia is vastly superior to Boston

As the Sixers prepare to trounce the Celtics, a look at why our city is better than theirs

In the late 1990s, I spent a few days in Boston. This makes me an expert in all things as they pertain to comparing that little hamlet to Philadelphia, where America was invented.

With the Sixers mere hours away from a four-game onslaught that will leave the Celtics begging for mercy, now is the perfect time to compare and contrast the cities.

With no further ado, and without even touching upon our superior weather or the nicknames City of Brotherly Love versus Beantown, here are a dozen reasons why Philadelphia is a better place than Boston.

Sure, some drivers in both towns are horrible, but only one demographic lives up to the “Masshole” label. Also, said my friend Chris who lived up in Boston for a spell, “Driving in Boston is the worst. I would rather drive in Manhattan any day of the week. It regularly took me an hour to drive five miles to work.” Go ahead and search "Boston drivers" on Google. What you'll find is page after page after page of links titled something to the effect of "Bostonians are the worst drivers in the country, again."

WE KNOW HOW TO CURSE PROPERLY

Yes, we’re both a foul-mouthed people. (And that’s good!). But for some godforsaken reason, people up there use “bulls***” as an term akin to “being angry.” As in, “I was bulls***.” WTF does that even mean? (Note: I've never heard this used in such a fashion, but someone who moved from Boston to Philly vouched for its veracity. Thus, it is gospel.)

According to a cost-of-living comparison, renting a place, going out to eat and buying groceries are all more expensive in Boston. I may not be some big-city economist, but it doesn't seem to make much sense to pay more to live in an inferior region.

OUR FOOD IS EDIBLE, THEIRS IS RUNNY SLOP

Let’s stick with food for a minute. They have clam chowder and baked beans. We have cheesesteaks, pork roll, pizza and hoagies. (Fine, fine, Boston Cream Pie is awesome, but so is cannoli from the Italian Market.) They’re also stupid enough to ban Philadelphia Cream Cheese even though it’s not made in Philadelphia in some ill-advised attempt to sway the outcome of Super Bowl LII, which the Eagles won 41-33.

Philadelphia was home to six women who became the world’s first digital computer programmers; a university in the Boston suburbs is where the social-media website that destroyed the fabric of American society started.

ON THE BIG SCREEN

Movies based in Philadelphia are vastly superior to those based in Boston. I mean, The Departed was great and all, but then that last cheesy scene where a rat walks along a deck ledge to make some sort of Important Allegorical Point Regarding Snitches Or Something totally destroyed it.

For that scene alone, it’s a travesty that the film got Academy Award bling. Philadelphia deserved that level of recognition; it actually stood for something. Also, Invincible > Fever Pitch. Trading Places (barely) > Good Will Hunting. And Rocky? Well, Balboa singlehandedly won the Cold War when he bested Ivan Drago. Still, that's a wash when compared to Mystic River, which is a gut-punch for the ages. If Martin Scorsese hadn't gotten lazy, this would've been an "11 Reasons" post, but here we are. 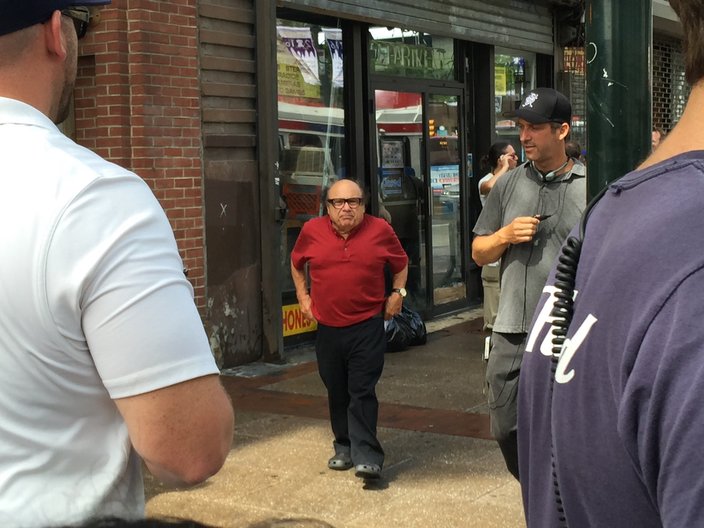 Cheers was a total rip-off of a lesser-known local sitcom. For that reason alone, among many others such as pushing the Things You Can Do and Say On Television boundaries, It’s Always Sunny in Philadelphia is vastly superior.

You have a choice between two music festivals. One features Aerosmith, New Kids on the Block, Marky Mark and Guster. The other features John Coltrane, Hall & Oates, all those Gamble and Huff acts, Patti Labelle, The Roots and The Dead Milkmen. Which one you heading to? That’s what I thought. (Yes, I intentionally left New Edition out of this. They’re transcendent and belong to America, not just Boston).

Yards and Victory > Sam Adams and Harpoon. (Sorry, friend who works for Harpoon.) Also, drinking Arctic Splash > dumping tea bags into the harbor and having your big historical moment co-opted into a political movement more than a century later.

HISTORICAL FIGURE TALE OF THE TAPE

Ben Franklin, who fled Boston for Philadelphia, where he had impact which lasts until this day > Paul Revere, who stayed and, while inspiring a Beastie Boys song title, probably walked around saying "I was bulls***" to anybody who'd listen. (RIP MCA.)