By John Kopp and Andrew Parent 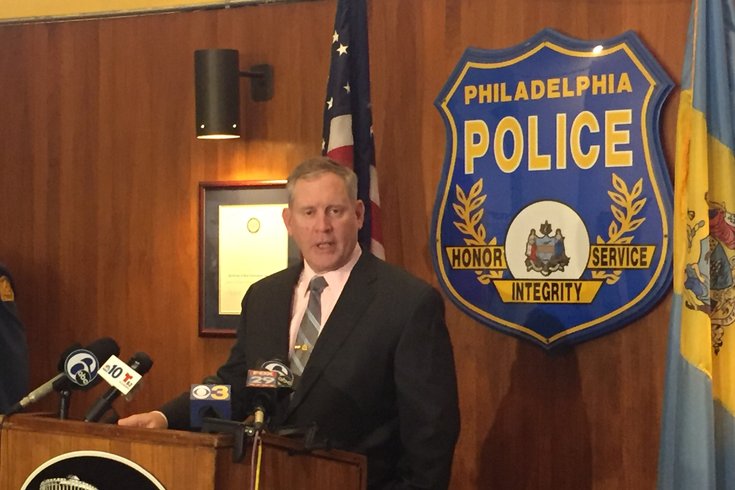 Police are looking to identify the person who shot and killed two 16-year-old boys Tuesday night in South Philadelphia.

Caleer Miller and Salvatore DiNubile were shot shortly before 8:30 p.m. at 12th and Ritner streets. They were taken to Thomas Jefferson University Hospital, where they were pronounced dead.

An argument had broken out on the corner between at least six teenagers before one of them fired three shots from a .45 caliber handgun, Capt. John Ryan said during a Wednesday afternoon news conference. Miller was shot once in the chest. DiNubile was shot twice, in the chest and the back.

RELATED: 'Bring his head to me,' Tampa mayor says to police looking for possible serial killer

Police have not determined a motive, Ryan said. It is unclear whether Miller and DiNubile were the intended targets of the shooter.

The teenagers knew one another but police have not gained the details of the argument, Ryan said. Witnesses are cooperating with police.

"There are people that are being identified as we speak," Ryan said.

Hundreds turned out for a candlelight vigil held for the two teens Wednesday night at 12th and Ritner streets.

DiNubile, who lived near the scene of the shooting, was a student at St. Joseph's Prep, where he was a junior and a member of the hockey team.

We are shaken & terribly saddened by the tragic death of Sal DiNubile '19. He was loved by his Prep brothers and his hockey teammates. (1/2) pic.twitter.com/z0Q4qLvzdz

"The entire St. Joseph's Prep community is shaken and terribly saddened by the tragic death of Sal DiNubile '19," the statement said. "He was well-loved by his Prep brothers, his hockey teammates and all who knew him. Our thoughts and prayers are with Sal's family and friends at this terrible time."

The school alerted parents and held a closed church service there Wednesday morning for grieving students and staff.

"He also worked in the neighborhood and was active in his church and the YMCA," Mastery's statement read. "As we cope with the loss, we are offering counseling and support to students and staff. Our thoughts and prayers are with Caleer's family."