2016 Pennsylvania primary: What you need to know 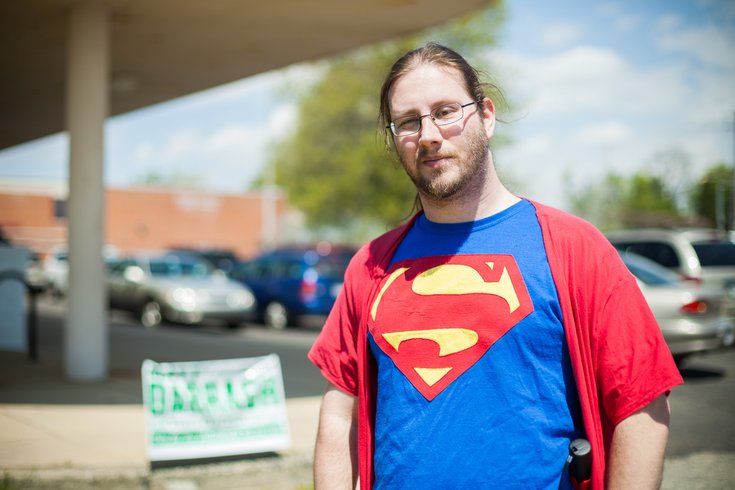 Polls will be open until 8 p.m. for Tuesday's Pennsylvania primary as voters cast ballots in a number of interesting contests, including the presidential races, a competitive Democratic race for U.S. senator and a re-election bid by a Philadelphia congressman facing federal corruption charges.

RELATED STORY: 2016 Pennsylvania Primary: Wrapping it up and looking ahead

As you head out to vote, here's a rundown of what to expect, as well as a list of voter resources:

Pennsylvania offers the most delegates of all five states holding primaries on Tuesday. (Delaware, Maryland, Connecticut and Rhode Island are the others.)

In the 8th Congressional District, which incorporates Bucks County and part of Montgomery County, incumbent Mike Fitzpatrick, a Republican, is retiring. The field of candidates for his seat includes two Democrats, state Rep. Steve Santarsiero and chemist and small business owner Shaughnessy Naughton. On the Republican side, the nomination is sought by Brian Fitzpatrick, brother of the incumbent and a former agent with the FBI; former longtime Bucks County Commissioner Andrew Warren; and psychologist Marc Duome.

All registered voters in Pennsylvania – not just Republicans and Democrats – can be heard on a proposed amendment to the Pennsylvania Constitution that would formally abolish the Philadelphia Traffic Court.

Another state referendum to increase the mandatory retirement age of Pennsylvania judges from 70 to 75 was delayed until the Nov. 8 general election.

All registered voters in Philadelphia will be eligible to vote on a proposed amendment to the city's Home Rule Charter that would create an independent Commission on African-American Males.

The majority of Pennsylvania's 71 Republican delegates are not required to support the candidate who gets the most votes in the primary. Instead, 54 of the delegates — three elected in each of the state's 18 congressional districts — can support any candidate they choose at July's national convention in Cleveland. For example, those delegates could decide to vote for Ohio Gov. John Kasich or Texas Sen. Ted Cruz, even if most state Republicans vote for Donald Trump.

Polls in Pennsylvania are open from 7 a.m. to 8 p.m. on Tuesday. Anybody in line by 8 p.m. must be allowed to vote. Report issues or problems encountered at the polling place to the Philadelphia County Board of Elections at 215-686-1590.

You may want to take an umbrella to the polls. Isolated showers before 10 a.m., then scattered showers and thunderstorms between 10 a.m. and noon, then showers likely and possibly a thunderstorm after noon, according to the National Weather Service. Partly sunny, with a high near 82. Breezy, with a west wind 7 to 12 mph increasing to 16 to 21 mph in the afternoon. Chance of precipitation is 70 percent.

Like all Pennsylvanians, Philadelphians are encouraged to vote Tuesday and call the DA's Election Fraud Task Force at (215) 686-9641, 9643 or 9644 if they experience any difficulty casting their ballot.