Made in America 2019: Travis Scott, Cardi B named headlining acts

The Labor Day festival created by Jay-Z returns to the Benjamin Franklin Parkway on Aug.31-Sept. 1 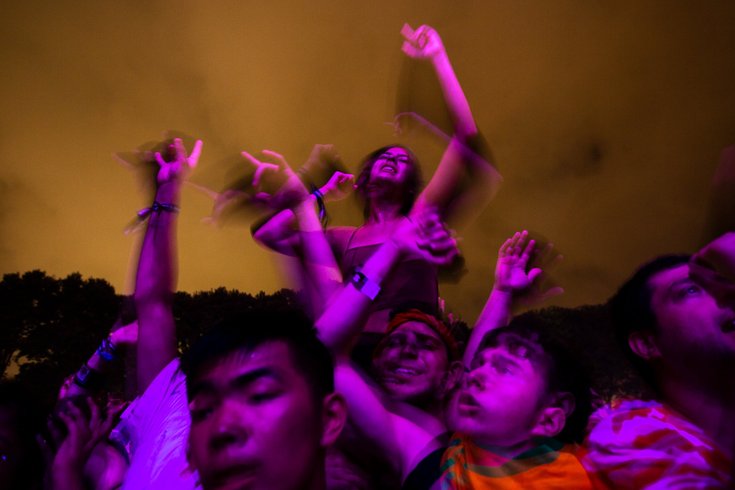 Fan dance as Diplo performs on stage at the Made in America Festival 2018 in Philadelphia. The headliners at this summer's Made in America 2019 will be Travis Scott and Cardi B.

Travis Scott and Cardi B will headline Jay-Z's Made in America Festival 2019, which will take place on the Benjamin Franklin Parkway for the eighth year this summer.

PHILLY!! ARE YOU READY FOR @trvisXX, @iamcardib AND MORE?? Presale for #MadeInAmerica 2019 is available now for @TIDAL members! 👉https://t.co/kLCKsx9fnv pic.twitter.com/MzXihBVQEB

Tickets are now on sale for Tidal subscribers. General public tickets go on sale April 5. You can see the entire MIA lineup at the festival's website.

Made in America returns to the Ben Franklin Parkway after the last summer's drama over the festival's location for this year nearly threatened its existence altogether.

Remember when Mayor Kenney tried to pull the plug on the art museum area as the venue because of complaints from neighbors and then Jay-Z penned that open letter in the Inquirer about how disappointed he was?

Thankfully, all that is behind us.