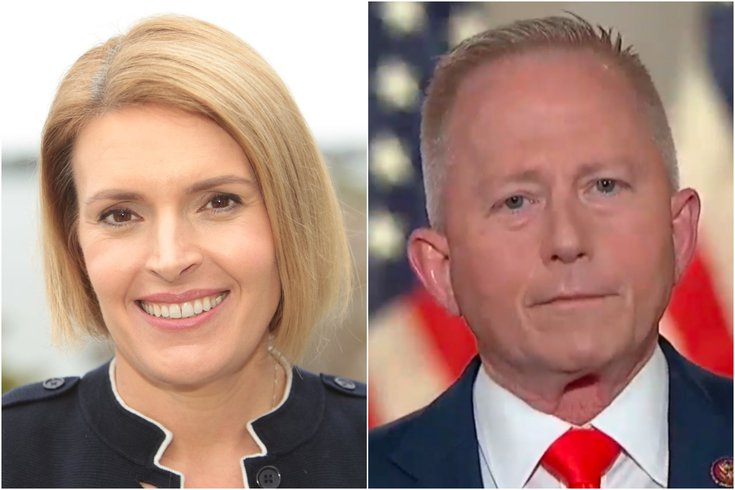 Read More
UPDATE: Holding a 4-point lead with 69% of precincts reporting, U.S. Rep Jeff Van Drew is declaring victory over Democratic candidate Amy Kennedy, according to the Press of Atlantic City. The Republican incumbent Van Drew leads 51 to 47% over the Democratic challenger Kennedy, according to the Associated Press, which had not yet called the race early Wednesday morning.

One of Election Day's most watched congressional races will take place in South Jersey, where Republican U.S. Rep. Jeff Van Drew is trying to stave off a challenge from Democrat Amy Kennedy.

Van Drew is seeking a second term representing New Jersey's 2nd Congressional District after getting elected as a Democrat and flipping the district from Republican-control in 2018. Former Rep. Frank LoBiondo, a Republican who did not seek re-election, had represented the eight-county district that covers the southernmost portion of New Jersey from the Shore to the Delaware Rivers since 1995.

Van Drew joined Congress after serving in the New Jersey state legislature from 2002-2019 as a Democrat. Near the conclusion of his first year in Washington, D.C., Van Drew announced that he would switch to the Republican Party after voting against the impeachment of President Donald Trump in December and pledging his "undying loyalty" to the president.

In his first election as a Republican, Van Drew won the GOP primary for his district in July, defeating challenger Bob Patterson.

Van Drew, who has received Trump's endorsement for his re-election bid, has said that his top priority in Congress is to bring economic opportunities and jobs to South Jersey. His platform also calls for reforms to America's tax and healthcare systems, as well as supporting trade policies that help the economy of South Jersey, according to his campaign website.

Van Drew has also pushed for more bipartisanship in Congress. In addition to the president, Van Drew has received endorsements from the GOP executive committees of each county represented in the U.S. House's 2nd District.

Kennedy faces Van Drew after beating four other candidates in the Democratic primary for her parties nomination this summer.

A mother of five from Brigantine, Atlantic County, Kennedy is a former public school teacher and mental health advocate. She is the wife of former U.S. Rep. Patrick Kennedy, son of the late U.S. Sen. Ted Kennedy.

Kennedy has vowed to shake-up longstanding political traditions in the region and has positioned herself as an advocate for affordable health care, lower drug prices, and relief from the economic crisis of the ongoing COVID-19 pandemic.

Other features of Kennedy's platform include expanding mental health services, protecting the Jersey Shore from the effects of climate change, and directing relief and employment opportunities to struggling South Jersey residents.

She has received the endorsement of several notable leaders in the Democratic Party, including Gov. Phil Murphy and former President Barack Obama.


Polling indicates that the race should be close. The race is considered a "toss up" by both Real Clear Politics and the Cook Political Report.

A poll conducted by Monmouth University earlier this month had the incumbent Van Drew, who won by more than 7 points in 2018, trailing Kennedy by 6 points.

New Jersey's general election will primarily be conducted via vote-by-mail ballots due to the ongoing COVID-19 pandemic.