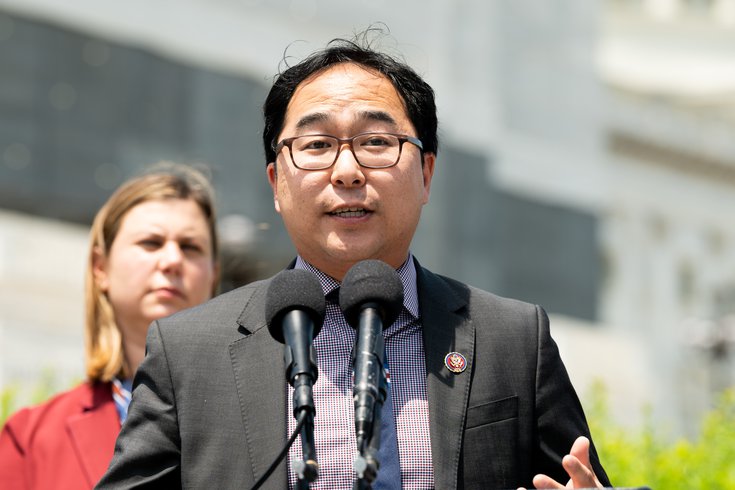 The Associated Press called the race for Kim early Wednesday morning, with the Democratic incumbent tallying nearly 55% of the vote to Richter's 44% and more than 75% of precincts reporting results. Election results are unofficial until certified by state election officials.

Kim has now earned a second term in Congress after he flipped the district from red to blue in 2018 when he defeated Republican U.S. Rep. Tom McArthur.

Kim, who ran unopposed in the Democratic primary this June, decided to run for the U.S. House to stop McArthur's efforts to repeal the Affordable Care Act, and he defeated the incumbent by less than 4,000 votes.

Raised in South Jersey, Kim serves on the Armed Services and Small Business communities in the House of Representatives, as well as a select subcommittee on the COVID-19 pandemic.

A former foreign diplomat, the 38-year-old is the first Democrat of Korean descent to be elected to the U.S. House. He received the endorsement of former President Barack Obama in his re-election bid.

Richter hoped to turn the congressional district back to Republican control, which it had been under since 2010 before Kim defeated McArthur.

A graduate of the University of Pennsylvania, Richter won the Republican primary in June by easily defeating GOP candidate Kate Gibbs.

The 54-year-old Richter formerly was CEO of the construction consulting firm Hill International, where he says he grew the organization from a struggling business with only a few hundred workers into a public company with thousands of employees in public works and infrastructure.

Richter initially ran for office in New Jersey’s 2nd Congressional District, but he withdrew from the primary after U.S. Rep. Jeff Van Drew switched parties in December 2019 and earned the backing of President Donald Trump.

A lifelong Republican, Richter received the endorsement of the Ocean County Republican Committee and the National Rifle Association, as well as Trump.

Polls leading up to Election Day showed the race between Kim and Richter being close. The election was classified as a "toss up," according to Real Clear Politics. The Cook Political Report, however, projected that Kim was the favorite to win.