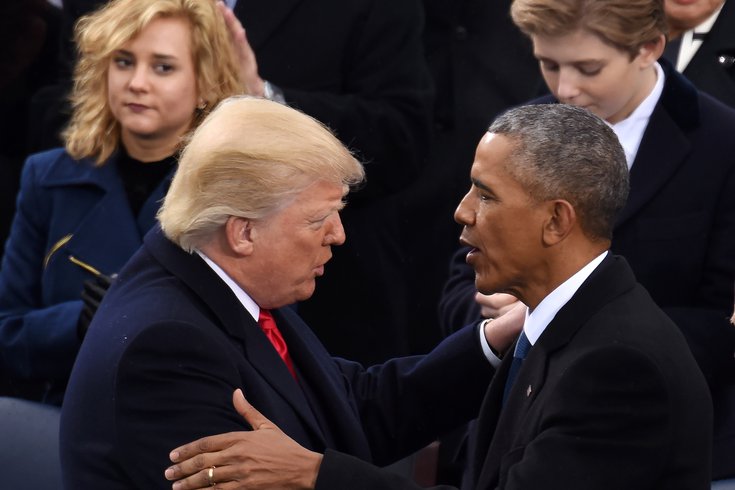 The general election is quickly approaching, which means that candidates are seeking endorsements from current and former elected officials.

Former President Barack Obama released his first list of endorsements for Democratic candidates earlier this week. President Donald Trump, who is running for re-election against Joe Biden, previously had endorsed a number of Republican candidates.

Both presidents have backed candidates in a number of races in Pennsylvania and New Jersey. But the only local contest that Trump and Obama have both issued endorsements is New Jersey's Second Congressional District.

Van Drew, who easily won the GOP primary last month, was elected as a Democrat in 2018, flipping the district from Republican control after a long career serving in the New Jersey state legislature. But Van Drew left the Democratic Party after voting against Trump's impeachment.

He's opposed by mental health advocate and former teacher Amy Kennedy, who defeated four other candidates in the Democratic primary last month. Kennedy, the wife of former U.S. Rep. Patrick Kennedy, has been endorsed by Obama.

Trump has not formally endorsed any other Republican candidates in New Jersey, but Obama also has endorsed U.S. Rep. Andy Kim in the 3rd Congressional District, which encompasses most of Burlington County and parts of Ocean County.

Kim, who ran unopposed in the Democratic primary, was elected in 2018 when he flipped the district by defeating former GOP Rep. Tom McArthur. He’s facing Republican David Richter in November’s election.

Across the river, Trump has yet to back any candidates in Southeastern Pennsylvania. But he has handed out endorsements to 10 Republican candidates — eight of whom are incumbents — running for Congress elsewhere in Pennsylvania, according to Ballotpedia.

Trump won Pennsylvania by one percentage point over Hillary Clinton in 2016.

Obama has endorsed Democratic candidate Christina Finello in the First Congressional District — which covers portions of Bucks and Montgomery counties.

Finello, a Bucks County solicitor and Ivyland Borough Council member, won the Democratic primary in June. She’s now seeking to top Rep. Brian Fitzpatrick, a Republican who was elected to Congress in 2016.

Obama has handed out endorsements in three other U.S. House races in Pennsylvania, none of which are in the Philly region.

At the state level, Obama has endorsed a trio of candidates, including Attorney General Josh Shapiro, Treasurer Joe Torsella and Nina Ahmad, a candidate for auditor general.

Obama also has weighed in on 14 state Senate and House races throughout Pennsylvania, seven of which are in the Philly region. Those seven candidates are all challengers to GOP-controlled seats.

Trump has not endorsed anyone running for state office or any local General Assembly candidates.