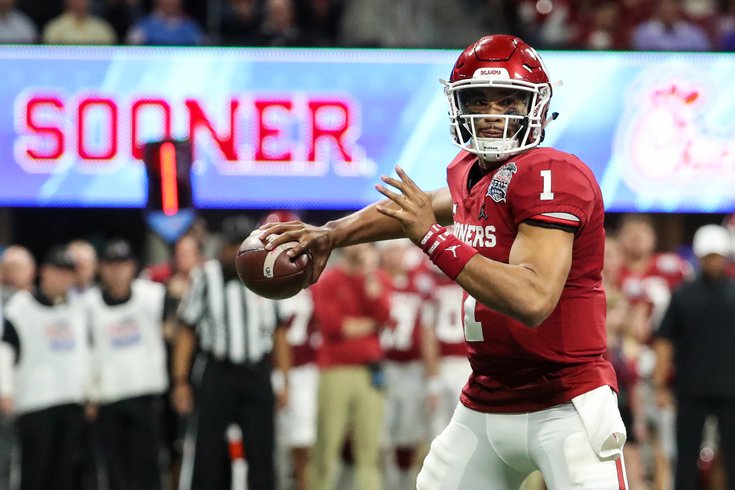 The Eagles have selected Oklahoma Sooners quarterback Jalen Hurts in the second round.

UPDATE [11:50 p.m.] — The Eagles took a need in the third round (103rd-overall), though perhaps another stretch in Davion Taylor from Colorado, a player who due to religious reasons does not have much football experience.

We'll have a lot more on the pick soon.

UPDATE [8:43 p.m.] — In a stunning move, the Eagles drafted Oklahoma quarterback Jalen Hurts in the second round (53rd-overall pick) of the 2020 NFL Draft.

We'll have much more to come.

The first round of the 2020 NFL Draft is in the books, and the Philadelphia Eagles have a new wide receiver in TCU's Jalen Reagor. What will they address in Round 2? Corner? Linebacker? Safety? Interior O-line? Another receiver?

Here are 10 12 players who make sense for the Eagles in round 2 of the draft.

Anyway, here's a place for you to discuss Day 2 of the draft as it unfolds. If you haven't already bookmarked our Eagles draft board, you're a terrible person and I hate you it's not too late.