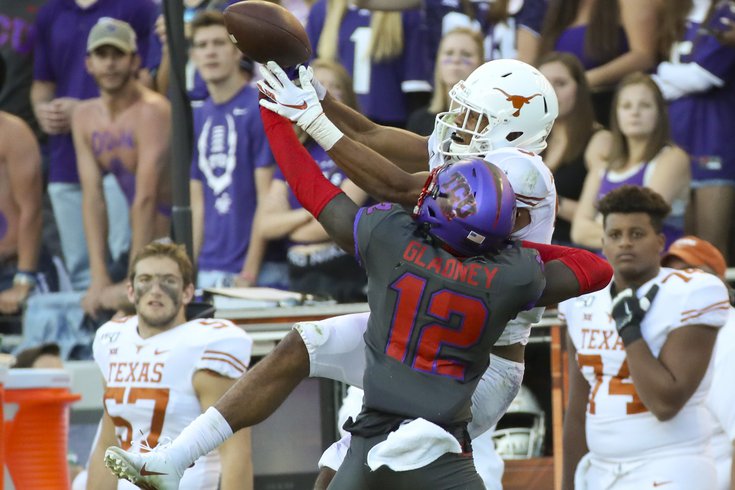 Leading up to the 2020 NFL Draft, we've been taking a look at each of the Philadelphia Eagles' positional groups, determining if the Birds are likely to select a player at each position with one of their eight picks, as well as note some players who make sense.

Today we'll look at cornerback, a position that was addressed with premium resources during free agency, but remains a substantial need. First, the depth chart:

The Eagles traded third- and fifth-round picks for the 29-year-old Darius Slay, and then re-did his contract, which for all intents and purposes, is a two-year deal worth $26 million.

Opposite Slay is Avonte Maddox, who the team feels is ready to take on a bigger role as a starter on the outside.

"I grew up admiring the Darrell Greens and Aaron Glenns of the world, and these guys, they’re explosive, twitched-up guys who had an incredible vertical, and it’s hard to get the ball on them," Howie Roseman said in March. "Avonte’s got a lot of those same characteristics, if you look at his profile, his height, his length.

In the slot, the Eagles brought in a veteran that Jim Schwartz knows well in Nickell Robey-Coleman on a one-year deal, and Cre'Von LeBlanc will return for a third season with the team.

And then there's Sidney Jones and Rasul Douglas, a pair of corners from the second and third rounds of the 2017 draft, who still don't have a important role in the secondary. Jones has played some in the slot and on the outside, but he is currently a backup, while the team would pretty clearly take whatever they can get for Douglas.

And so, even with the addition of Slay, the Eagles could use more help at a position that has been a major issue in each of the last two seasons.

Some cornerbacks who make sense for the Eagles

Not only is Gladney perhaps a corner who can run down the field with big-league receivers, but his work in the weight room will give him a better chance of staying healthy than most of the corners already on the Eagles' roster. As you see in the video above, Gladney has some dog in him. He is a willing and able tackler, who also played on special teams for TCU.

He likely won't be there at 53, but I believe he is a trade-up option for the Eagles in the second round.

On the advice of Cris Carter, Arnette opted not to declare for the draft after the 2018 season, and he stayed at OSU for his redshirt senior season. The Athletic's Bill Landis did a nice job telling his story, which contains some concerns (not getting along with positional coaches) as well as some positives (fending off five-star recruits and keeping his starting job).

As a player, Arnette lacks the same kind of elite athleticism as some of his defensive back teammates (Jeffrey Okudah, for example), but he competes like hell in press, he's physical, he's tough (he played the entire 2019 season with a broken wrist), and he has some inside-outside versatility that the Eagles favor. A highlight reel:

There may be some teams turned off by Arnette's personality, but he feels like an out-of-the-box Schwartz favorite.

Hall is a local kid (Bishop McDevitt HS) who racked up a lofty 21 pass breakups in 2018. He also had 2 picks and 2 forced fumbles in 2018, and was named to the AP preseason All-America team heading into 2019. Had he come out a year ago, he likely would have at least been a second-round pick, but he decided to stay for his senior season at Virginia. Hall was getting some first-round projections in 2019, but a broken left leg and dislocated left ankle ended his 2019 season early.

With good size at 6'1, 200, the Eagles could have interest in Hall as an outside corner. He has the same good traits that Rasul Douglas has (size, ball skills, physicality), but with better long speed. A highlight reel:

Drafting an injured corner will turn some Eagles fans off, given the disappointing career that Sidney Jones has had so far, but this case is somewhat different, as Hall should be good to go for his rookie season.

Projected round: 2, if medically cleared.

Holmes has decent enough athleticism, he competes like hell for the ball in the air, and (Schwartz alert) he plays with swagger. I mean, look at the video preview photo below. He's wagging his finger! Lol.

Holmes also brings special teams ability to the table, both as a returner and on kick/punt coverage.

As I have noted previously, I love this guy. To begin, in three season at Louisiana Tech, Robertson has filled up the stat sheet across the board, particularly with a high number of interceptions and pass breakups:

It's not often you see a guy with the type of tackle, tackle for loss, and interception combination that Robertson has. At 5'8, 187, Robertson doesn't have ideal size, but he doesn't play small.

Most teams will view Robertson as a slot corner at the next level, but I wonder if the Eagles might view him as a safety. Whether at corner or safety, the Eagles don't seem to care much about height in their secondary. If he's there on Day 3, just take him and figure it out.