3 dangers of rising temperatures that could affect your health now 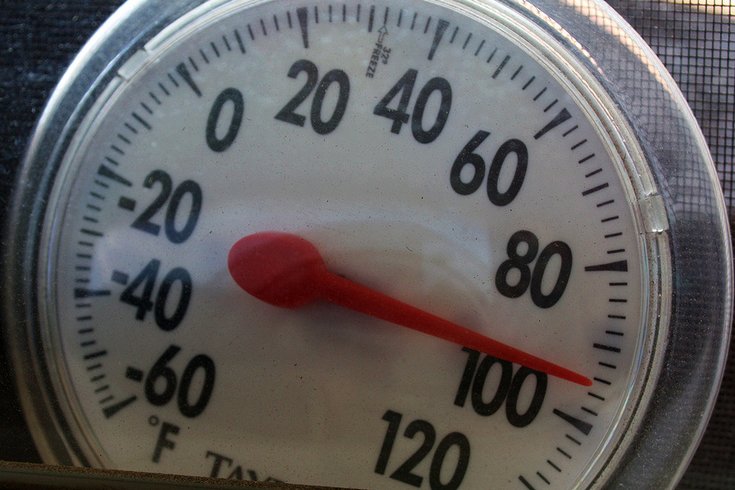 A few days before Christmas last year, I took a picture of a blooming cherry tree along the Charles River in Boston. As a scientist at Tufts University studying seasonal patterns, I saw the tree as an anomaly resulting from increasing temperature, another piece of evidence for climate change. As a human, I was amused by the contrast of color and moved on.

This exceptionally hot summer set several records in the Boston area. I had the luxury to budget some extra money for air conditioning, spend some time in Maine and move a business trip to South India from August to January, when I can function well. What if a person doesn’t have this luxury?

Last summer, I spent time editing a paper on the effect of heat on health. It took me 15 years to secure funds, find students, assemble the data, build the model and scrutinize the model so that I could defend the finding “beyond reasonable doubt” and finally publish the results.

In that paper, we showed that in Boston for about 10 days in the summer when night-time temperature is above 65.5 degrees Fahrenheit for three consecutive nights, we Bostonians paid the price of about 14 older people being hospitalized due to heatstroke, a fully preventable condition. Is it too much or what we should expect? Over 15 years in the Boston metropolitan area, these preventable hospitalizations contributed over US$5 million in medical charges, which is almost equivalent to the annual state budget allocated to supportive senior housing of $5.5 million for 2015.

It’s not only older people who are vulnerable, however. So are you.

The human body of a healthy adult has a remarkable capacity to maintain stable core temperature in the narrow range between 36.6 and 37.7 degrees Celsius (98°F and 100°F) despite large variability in ambient temperature. The core body temperature is controlled by complex physiological feedback loops and maintained by a delicate balance between heat production, conservation and dissipation that depends on environmental conditions. Failure to dissipate enough heat causes heatstroke, or an uncontrollable rise in the core body temperature above the healthy levels.

When core body temperature reaches 40.5°C (105°F) due to a failure of the internal body’s temperature control system, it causes adverse health consequences, such as complications involving the central nervous system and cardiovascular and respiratory systems failure, leading to morbidity and mortality.

Heat waves threaten the health of vulnerable populations, especially of those who are who are less capable to cope and adapt to the thermal extremes, such as individuals with preexisting conditions like asthma or diabetes and people who need routine support, like dialysis or oxygen. Heatstroke occurs at rates that are 12–23 times higher in persons 65 and older compared with other age groups, indicating the high degree of inability to cope with climate stressors.

The issue with superhot days is that the increase of one degree from, say, 100°F to 101°F will produce a more devastating effect than one degree in increase at a low temperature base, say from 90°F to 91°F.

While populations in the southern regions, characterized by hotter climate, are better acclimatized to handle high seasonal temperature, the effects of poverty, substandard infrastructure and limited access to health care could easily wipe out the advantages of regional adaptation. 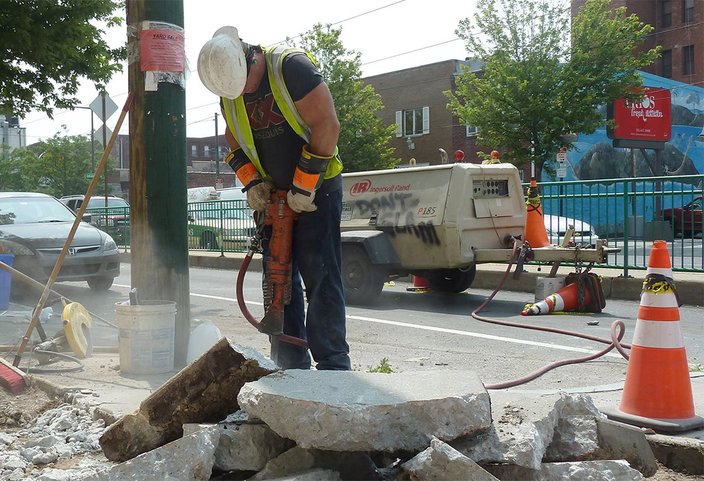 Mike Breslin of Northeast Philadelphia jackhammers a sidewalk during a heatwave in August 2015. Extended heat waves threaten the health of people highly exposed to elements, such as construction workers or farmers.

Short heat waves resolve into cooling nights, offering a highly desired relief. Extended heat waves, however, accrue the impact and start to affect healthy people who might well tolerate short periods of heat. Extended heat waves, in particular, threaten the health of people highly exposed to elements, such as construction workers or farmers. About 600 deaths a year are considered officially due to extreme heat, but that number may not reflect all heat-related deaths. For example, studies have shown that hundreds of deaths from Chicago’s heat wave in 1995 may not have been captured on death certificates. Other reasons, such as cardiac failure, may instead be reported, even if heat may have led to them.

A study in Europe suggested that high surface temperature that arise from dry soils may contribute to anomalously high overnight temperatures, a feature of extreme heatwaves.

A REAL AND GROWING CRISIS

Average temperatures compared to preindustrial times have already risen almost 1°C, and in the most recent IPCC report, climate scientists said preventing an increase of 1.5°C is very unlikely.

How does one define how a 1.5°C increase in global temperature affects me personally? It is not like you bake a cake in an oven set to 350°F and now you bake it at 351.5°F and wonder if the cake turned out well. It is also not like a child had a fever of 102°F and now it is at 103.5°F and you need to choose the best course of action to save a child. It is more like trying to understand that we live in interconnected world where “small” things matter, even if the cause and effects are not so visible. The seasonal patterns are changing, and a heat wave arriving too early and late in a season can catch you off guard and leave people scrambling for solutions.

These global issues demand seeing a picture at a different scale. I wonder how Galileo and Copernicus would reply if asked to provide an example how a person might feel if he or she places the sun rather than Earth at the center of the universe. Maybe they will continue to believe scientists, because regardless of their feelings, Earth is moving around the sun. As an educator, I wonder what we missed in our education to allow for a dangerous mix of ignorance and arrogance to gamble with the future, which we are affecting daily.

In order to measure the effect of heat wave in a timely and accurate manner, I believe we need a national surveillance system. Such a system should employ features that already exist in the national and global surveillance for flu or other notifiable infections, including report standardization, distributed network of credible regional units, routing reporting and analysis.

So far, timely systematic and comprehensive reports for heat wave effects are rare. During natural disasters, the reporting of health effects is limited for obvious reasons, as the first responders’ attention is focused on saving lives. So far heat waves are not treated like a state of emergency but more like a seasonal nuisance. We are beginning to see – and feel – the effects.