For when you're at the park and need a Slurpee 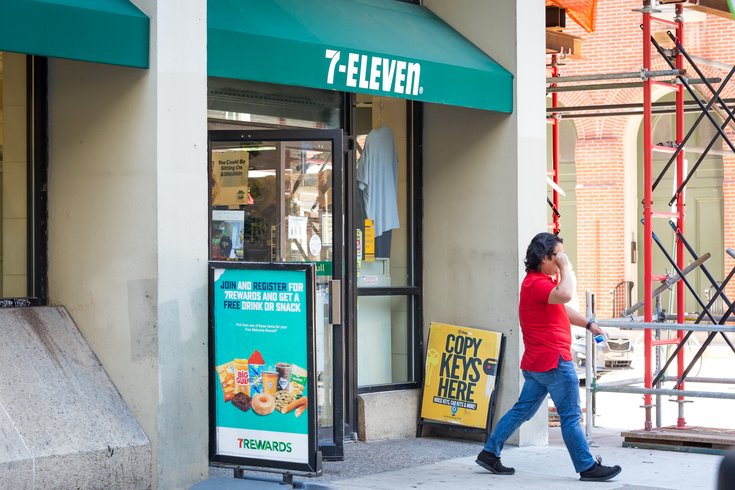 The 7-Eleven convenience store at 20th and Locust streets.

The convenience store 7-Eleven announced it's now making deliveries to public places through its app for when you're in an unconventional place but need a snack.

The chain launched the service Monday that allows app users to search for "hot spots" with unique addresses like park benches, memorials, beaches, and landmarks through the 7NOW delivery app. The Associated Press reported there were more than 2,000 of the spots activated on Monday.

When using the app, customers can enter an exact address or search on an interactive map for "7NOW Pins," marking nearby hot spots. 7-Eleven is partnering with Postmates for the service.

The 7-Eleven 7NOW app shows a map of hot spots in Philadelphia.

There's no minimum order to use the delivery service. The store charges a flat delivery fee of $3.99 per order, plus and for orders under $15, there's an additional $1.99 charge. 7-Eleven says the average wait time for deliveries is 30 minutes.

The AP reported 7-Eleven believes it eventually will be able to deliver to 200,000 locations.