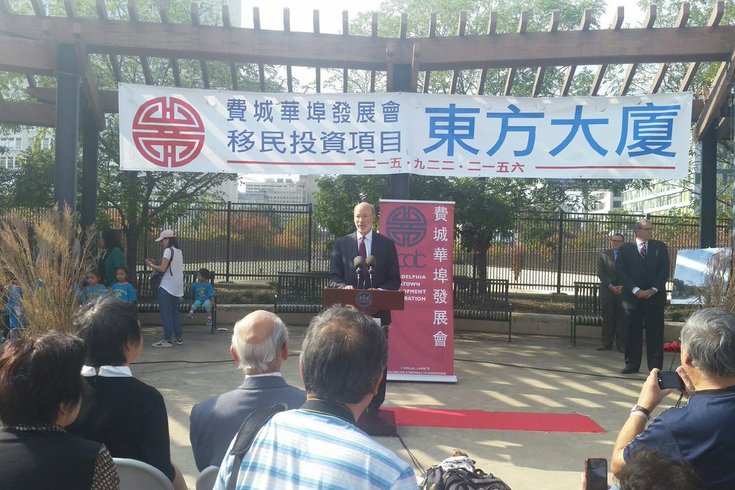 Pennsylvania has invested a $1.3 million grant to fund a project aimed at developing the Chinatown neighborhood of Philadelphia, state officials announced last week.

Governor Tom Wolf and State Representative Mike O’Brien said Thursday that the money from the Redevelopment Assistance Capital Program (RACP) will help construct the Chinatown Eastern Tower Community Center. The building will be located on the northwest corner of 10th and Vine Streets.

The community center is part of a $76 million overall project designed to reconnect segments of the neighborhood that were adversely affected by the construction of the Vine Street Expressway.

“The creation of a community center serves to unite a community that was cut in half by the Vine Street Expressway,” Rep. O’Brien said. ”Affordable housing is much needed in this historic cultural community.”

The effort is being organized by the Philadelphia Chinatown Development Corporation (PCDC), which was created in 1966 to promote the area.

Overall plans include a 20-story tower with 150 residential units, as well as 21,000 square feet of office space and 8,700 square feet retail space.

Construction is slated to begin later this year.