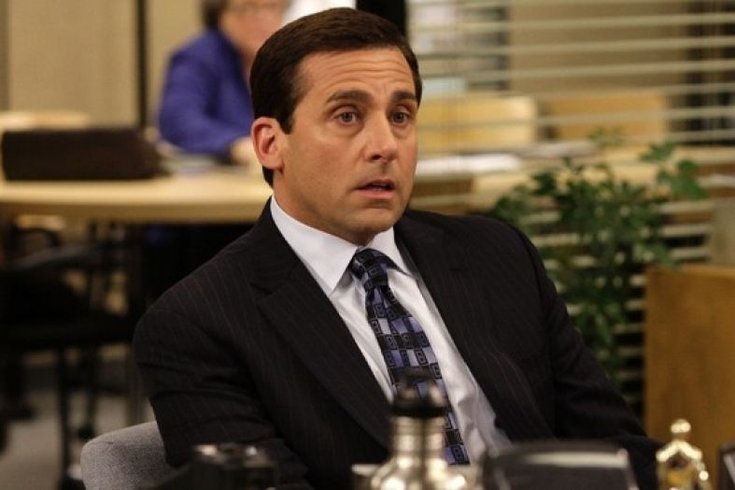 This undated image released by NBC shows Steve Carell as Michael Scott in a scene from "The Office."

With the worst of this brutal cold spell set for Saturday into Sunday, hiding inside with a blanket and a cup of hot cocoa is likely tops on the agenda for many this weekend.

And is there a better supplement to those plans than binge-watching an awesome show or mini-series on Netflix, HBO, Hulu or others?

Well, no, which is why we've compiled a list of eight great shows to help make this ridiculously cold weather a little less awful.

For those who need reminding, the overnight hours on Saturday could send temperatures in the Philadelphia area to or below zero for the first time in 24 years. That'll come after the mercury rises all the way to 15 degrees during the day today.

"Peaky Blinders" (2013-) – If British crime dramas are your thing, enjoy. This Steven Knight creation centers on the exploits of the Peaky Blinders gang in Birmingham, England in the wake of World War I. Catch this one on Netflix.

"The Last Post" (2017-) – Speaking of British dramas, this six-episode Amazon series, set in the 1960s, dramatizes the story of a British army unit fighting an insurgency in Aden, a Yemeni port city, during the final days of British colonial rule there. The show depicts conflicts the political and personal challenges the officers and their families face.

"The Crown" (2016-) – For our third show, we give you ... another British drama. But hear us out. This one centers around Queen Elizabeth II, the longtime matriarch of everyone's favorite Royal Family. Through two seasons so far, this Netflix series covers the early part of Elizabeth's reign, starting from her wedding to Philip, Duke of Edinburgh, in 1947. (Note: Any Philip fans out there may want to avoid.)

"The Handmaid's Tale" (2017-) – This British American show on Hulu is an eerie but intriguing series centering around a New England woman forced to live under a fundamentalist theocratic dictatorship. The drama, set in the near future in what was formerly the United States, is based off the Margaret Atwood novel of the same name.

"Master of None" (2015-) –  Yo, millennials! This one's for you. Follow co-creator Aziz Ansari as he stars in the lead role of a 30-year-old actor who tries to bolster his acting career and his dating game with a little help from his friends.

"The Marvelous Mrs. Maisel" (2017-) – Sure, this series straddles the line between a comedy and a drama. But by most accounts, it's hilarious. Produced by husband-and-wife duo Amy Sherman-Palladino and Daniel Palladino, it charts bad-ass New York City comedian Miriam "Midge" Maisel's career as it takes her from her peachy life on the Upper West Side to Johnny Carson's couch. See this one on Amazon.