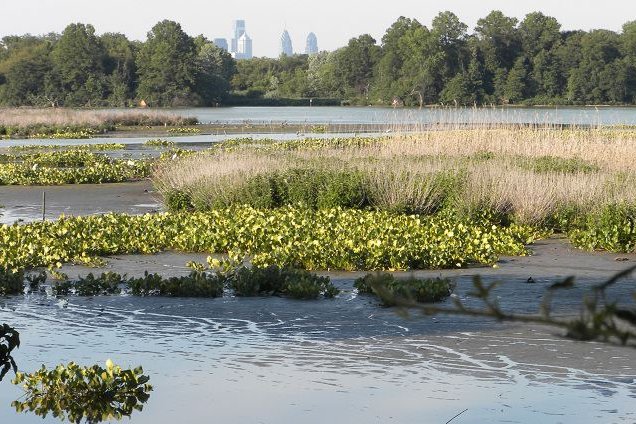 The Eastwick neighborhood is located on a floodplain, heightening environmental concerns about any new development.

On Christmas Eve, Mayor Michael Nutter announced that the largest urban renewal agreement in the country's history will finally be coming to an end. Taking its place will be a new project in which, officials promise, local residents will have an active voice.

Back in 1961, the Philadelphia Redevelopment Authority partnered with the New Eastwick Corporation to redevelop the Eastwick neighborhood, located in the southwest corner of the city near the airport. Through the decades, the project developed 3,000 homes, 1,100 apartment units, two shopping centers, 38 stores and a 1,000-room hotel and restaurant near the airport.

But the development also seized over 2,300 acres of land and displaced over 8,000 people, according to the Public Interest Law Center of Philadelphia, which has been representing local residents. Attorney Amy Laura Cahn praised the long-awaited end of the 1961 deal.

"This means the end of an injustice that began with seizing 2,300 acres of land and displacing 8,000 people, and creating what is a lovely, quiet community but also beset with huge environmental problems," she told Philly.com.

The area has serious environmental risk factors – it's located on a floodplain and next to two Superfund sites. - and shoddy construction during the urban renewal project worsened flooding issues for residents, the PILC argues.

Decades after the project began, less than 150 acres remain undeveloped. PRA bought out the vacant land for $5 million, Philly.com reported, and will begin a "community planning process" to decide what to do next.

"We hope the final development will be done with the community as a partner so the residents can be part of the process,” said the Authority's Executive Director, Brian Abernathy.