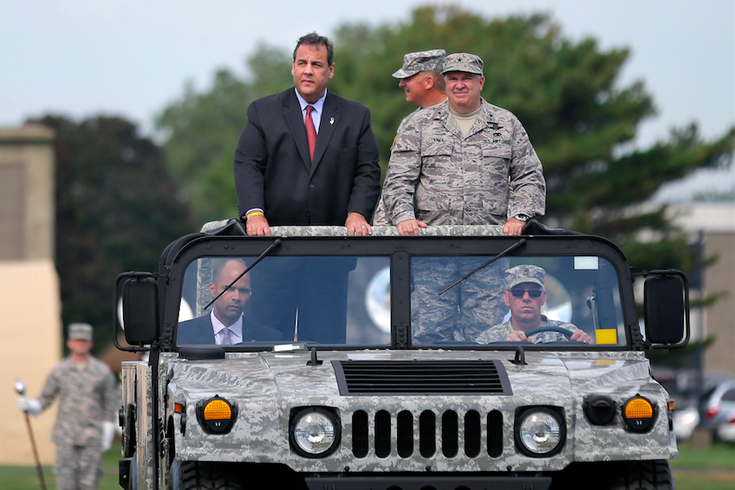 In September, New Jersey Governor Chris Christie imposed a 90-day fitness deadline on the leader of the state's National Guard after he failed to adhere to a strict military obligation to stay in shape. Despite the barrage of food that usually accompanies the holiday season, Air Force Brig. General Michael Cunniff met the call to trim down.

A spokesperson for Christie's office confirmed Wednesday that Cunniff, whose infraction could have resulted in dismissal under Air Force rules, finally passed his fitness test Tuesday and notified the governor of his compliance with military standards, according to ABC News.

Cunniff had been reprimanded by both Christie and the Pentagon for repeatedly refusing to take physical fitness tests and failing to get his weight under control. At the time, in light of his own struggle to stay fit, Christie was jeered for imposing the deadline. The governor, who has described himself as "the healthiest fat guy you've ever seen," underwent lap-band surgery in 2013.

Just how much weight Cunniff lost was not revealed, but at his most recent fitness test, taken in November 2013, his waist size measured 4.5 inches above the military limit of 39 inches.

“Many people struggle with weight control — I am not immune from this,” Cunniff said in September. “However, I do recognize that military members and leaders, like myself, are held to a higher standard. I take this matter seriously and am taking the necessary steps to remedy this issue.”

Cunniff was admonished directly by Christie, who said his previous failure to meet the standard was "unacceptable and disappointing."

A spokesperson for Cunniff did not immediately provide comment on the result of the fitness test.