Alex Trebek says his battle with pancreatic cancer may stop him from hosting 'Jeopardy!' 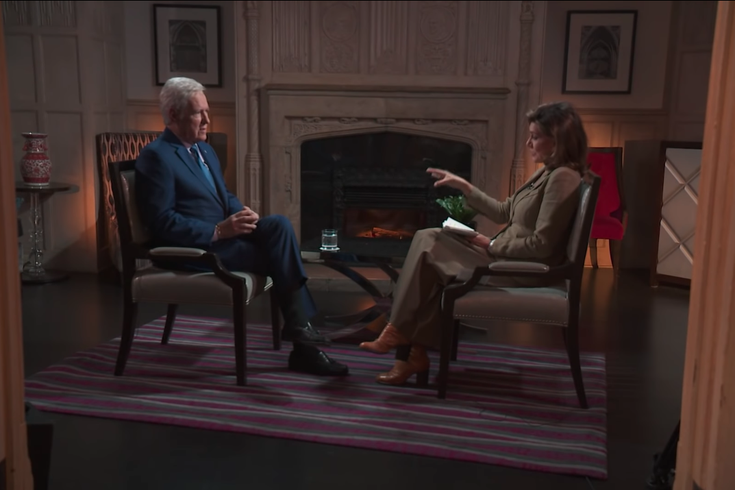 In a recent interview with Lisa LaFlamme, Alex Trebek admitted that his skills are diminishing and he may have to step back from "Jeopardy!" sometime in the future.

Iconic game show host Alex Trebek says he may need to take a step back from hosting "Jeopardy!" because of the effect pancreatic cancer is having on his body.

A second round of chemotherapy has adversely impacted his weight and skills, Trebek told CTV's Lisa LaFlamme before an event Friday at the University of Ottawa, his alma mater. Trebek was diagnosed with stage 4 pancreatic cancer in March.

"I will keep doing (the show) as long as my skills do not diminish, and they have started to diminish," he said.

Previous news that his first round of treatment had worked extremely well proved only to be a red herring. Trebek announced last month his numbers had since elevated to levels higher than when he was initially diagnosed.

“Yup, (I) went all the way down to numbers that correspond with a normal human being without cancer,” he told LaFlamme. "Then all of a sudden, it blew up and went 50% higher than when it was first diagnosed. Go figure. I'm hanging in. So we're back on the chemo and we'll see if the numbers go down. And if they do ... they can't keep doing it forever of course."

Trebek announced he would begin his second round of treatment on a segment with "Good Morning America" in September.

"There are moments when for no reason at all, I feel this surge of sadness, of depression," Trebek told GMA's T.J. Holmes. "It doesn't last very long, but it takes over my whole being for a short period of time. And I understand it more now, so I can deal with it a lot better than I could before."

Up until now, he's remained stoically optimistic about his ability to remain on the show.

“I’m not afraid of dying,” he told LaFlamme. “I’ve lived a good life, a full life, and I’m nearing the end of that life. … If it happens, why should I be afraid that?”

About 55,440 Americans will be diagnosed with pancreatic cancer this year, with a nearly 75% fatally rate within the first year of diagnosis.