The $400 million renovations are expected to be completed in 2025 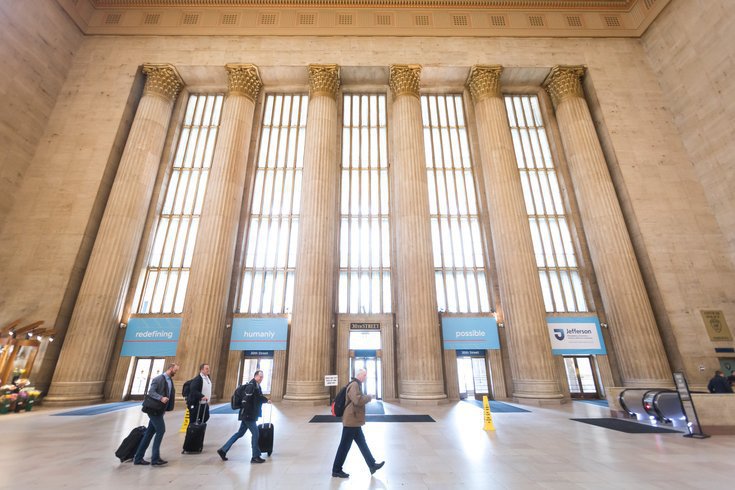 Amtrak's 500,000-square-foot redevelopment project for 30th Street Station is expected to cost as much as $400 million.

Long-planned renovations that will revamp the interior of 30th Street Station, including the food court and corporate offices, will commence next spring.

Amtrak and Plenary Infrastructure Philadelphia, the project's lead developer, closed this week on a lease and development agreement that tasks Plenary with refurbishing and maintaining the transportation hub for a 50-year term that lasts through 2071.

Plenary, which was selected by Amtrak last year to oversee the project, also will be responsible for financing all improvements made to the station.

The $400 million restoration project will seek to maintain the nearly 100-year-old station's historic vibe while making station operations more efficient and convenient. The plan remains in the design phase, but includes the following proposed amenities:

•Expanded and modernized concessions that include high-quality retail shops and a new food hall
•Upgrades to restrooms, ticketing and baggage areas, the north side waiting room and the metropolitan lounge
•Separate pick-up and drop-off areas for taxis and ride-sharing services
•A public plaza for the Market Street side of the station
•Better transit and pedestrian traffic flow around the station

The project also will include an enhancement of the station's architectural design and renovations to the station's corporate offices.

"We look forward to our long-term partnership with Amtrak and ensuring an improved customer experience for travelers and visitors to this historic station,” Plenary Concessions Americas' executive chairman Dale Bonner said

The 500,000-square-foot project is expected to be completed by 2025 and create about 3,000 jobs. It follows facade cleaning and restoration efforts made by Amtrak over the last several years.

"The scope of this work will transform this historic Philadelphia landmark into a modern world-class station with superior amenities, better intermodal connectivity and new customer-facing improvements over the next five years," said Dennis Newman, Amtrak's executive vice president of planning and asset development.

This project is part of Amtrak's $10 billion 30th Street Station District Plan, which intends to add 18 million square feet of development space and 40 acres of open space over a 35-year timeline. Projects will be completed on schedules that don't interfere with passenger service.