Historians say the seventh president of the U.S. profited from slavery and harshly enforced policies to displace Indigenous people 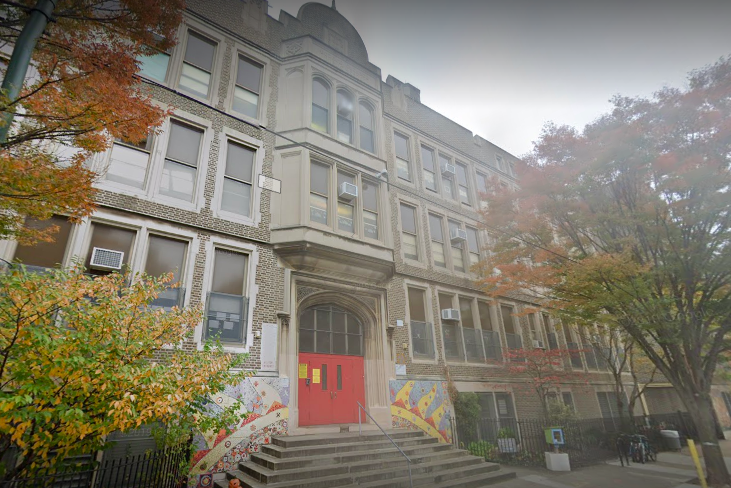 Andrew Jackson School, at 1213 S. 12th St. in Philadelphia, will be getting a new name. The school is currently named for the seventh U.S. president, who had a history of harsh treatment of enslaved Blacks and Indigenous people.

The Andrew Jackson School in South Philly is on track to be renamed after several years of pressure by the school community, citing the namesake of the building has a history of harsh treatment of Blacks and Indigenous people.

The School District of Philadelphia recently gave the green light to change the name of the school, BillyPenn reported first on Monday. The news site had obtained an email sent to parents by principal Kelly Espinosa.

“We have made the decision to change our school name to one that will better reflect our school’s values and the diverse students and families we serve,” Espinosa wrote, according to BillyPenn.

Jackson was the seventh president of the United States, holding office from 1829 to 1837. Prior to his election, he was major general in the War of 1812 and became a national hero after leading U.S. troops in the defeat of the British in the Battle of New Orleans.

Jackson has no significant connection to Philadelphia, and more troubling is his history of mistreating Indigenous people and his ownership and harsh treatment of enslaved Black people.

Before and during his presidency, Jackson advocated what he called "Indian removal," and in 1830 he signed the Indian Removal Act. Jackson viewed the Indigenous people, who for generations had lived in parts of Georgia, Alabama, North Carolina, Florida and Tennessee, as being in the way of white settlers, seeking to make money growing cotton in these areas.

The act Jackson authorized gave the federal government authority to exchange land held by Indigenous people for other land owned by the U.S. located hundreds of miles further west. The law did not allow the government to coerce or forcibly remove Indigenous people from their lands, a part of the statute Jackson frequently ignored.

In 1831, Jackson threatened military force to remove the Choctaw and forced the Indigenous people to walk to the western territory (present day Oklahoma) without and food or supplies. Thousands of people died along way. In 1836, the feds drove the Creeks from their land; 3,500 people died during that journey. And in 1838, the Cherokee were expelled from Georgia. During the 1,200 mile trek west, 5,000 people died.

The removal of Indigenous people from their lands and their subsequent treacherous, inhumane journeys west became known as the Trail of Tears.

There were at least nine U.S. presidents who relied on enslaved labor while in the White House, and Jackson was among them. Jackson supported and profited from slavery. He owned nearly 100 enslaved people by the time he was president, and at the time of his death, estate records show he owned 161.

Slavery was the primary source of Jackson's personal wealth, the White House Historical Association writes. Historians also describe Jackson as meting out "harsh, even brutal punishment," such as lashings, to enslaved Black people who disobeyed orders.

When an enslaved man once escaped from Jackson's Tennessee estate, he placed an ad in the newspaper offering a reward for his return, along with, "ten dollars extra, for every hundred lashes any person will give him, to the amount of three hundred." Jackson's enslaved labor had no access to education, could not leave his property without his permission and worked long hours for no pay.

The school district will host a town hall meeting on Feb. 25 to discuss changing the Andrew Jackson School's name. In her email, Espinosa, outlined the steps it takes to change a school's name. It's a process that ends with a vote by the school board.

Andrew Jackson School, at 1213 S. 12th St., teaches students in grades K-8. BillyPenn reported, the name change campaign started in 2018 with a petition to rename the school after Fanny Jackson Coppin, who was born into slavery and later became a Philadelphia teacher. The petition collected more than 800 signatures.

After the nationwide social justice movement sparked by the killing of George Floyd by police officers last summer, the renaming campaign gained traction and another online petition circulated through the community.

Christina Clark, a spokesperson for the Philadelphia School District, said the school is in the third of five phases to change the name of the school. This phase is intended to engage the community in discussions about the name change before the district board and superintendent vote to approve or deny the new name.

"The original proposal to rename the school was submitted by a committee of parents and Jackson teachers in 2018," the Clark said. "Due to numerous rounds of feedback and reconsideration, and the COVID-19 pandemic, the timeline has been delayed."

It's not just the families and staff at a South Philly school who are reevaluating Jackson's legacy. In 1928, Jackson still was so well-regarded as a populist hero for challenging the political establishment and leading the expansion of the United States westward that his face was put on the $20 bill.

President Barack Obama's administration started work in 2016 to replace Jackson on the currency with Harriet Tubman, who escaped slavery and became an abolitionist. President Donald Trump opposed the plan and it stalled during his term, but President Joe Biden has said his administration would expedite the process.

Trump also had a portrait of Jackson hanging in the Oval Office, which Biden has removed and replaced with a portrait of Benjamin Franklin.

The name change at Andrew Jackson School is just one of the movements that got a foothold this summer to rename Philadelphia schools associated with racists, the Notebook reported in August.

There is Woodrow Wilson Middle School, 1800 Cottman Ave. in Northeast Philly. Wilson was the 28th U.S. president and a former governor of New Jersey. He also was an open supporter of the Ku Klux Klan. Princeton University – of which Wilson served as president before entering politics – and Monmouth University already have removed his name from buildings on their campuses.

And there is Philip Henry Sheridan Elementary, at 800 E. Ontario St. in Kensington, the Notebook reported. Sheridan was a Civil War General who later fought against Indigenous people, forcing them from their lands using starvation tactics and violence. He was quoted as saying, "The only good Indian is a dead Indian."

The School District of Philadelphia has a population of more than 200,000 students, more than half of which are Black. Data from the district shows the student population is 52% Black, 21% Hispanic, 14% white, 7% Asian and 5% other.