The PSPCA is lowering fees to $5 at an event on Saturday, July 9 from noon to 6:30 p.m at its headquarters in Feltonville 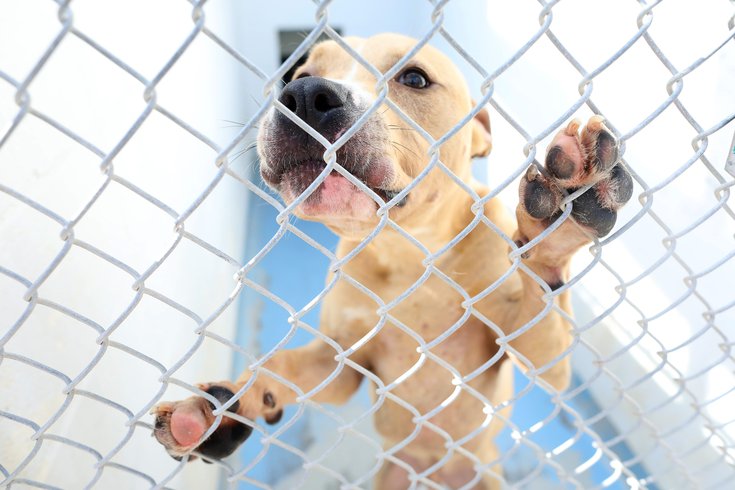 Animal shelters across the Philadelphia region are lowering adoption fees to as little as $5 this month due to overcrowding. The Pennsylvania Society for the Prevention of Cruelty to Animals is holding an adoption event on Saturday, July 9 from noon to 6:30 p.m.

Animal shelters across the Philadelphia region are quickly running out of room. In response, some are lowering adoption fees this month in an effort to find the pets a new home.

Inflation and rising prices have caused a slowdown in adoptions and an uptick in families being forced to give up their pets. Many people can no longer afford vet bills or the pet products they need, like food and litter.

This all came to a head for Philadelphia’s Animal Care and Control Team over Fourth of July weekend, when it ran out of space for dogs at its shelter in Feltonville. Many dogs often go missing on the holiday due to fireworks, which can scare them and cause them to runaway.

"All cages, kennels and offices are full, and at several points today, we had staff holding onto dogs because there was simply not a place to put them," said a message posted to the organization's Facebook on Tuesday. "Rescues are full, and the shortage of adopters and fosters is leaving every organization at a loss."

The nonprofit has information about how to adopt on its website. Potential pet owners can view the available dogs and cats and fill out an application online, but anyone is welcome to walk in without an appointment at 111 W. Hunting Park Ave. between 10 a.m. and 6 p.m. seven days a week.

ACCT took over the city's shelter and animal control responsibilities from the now-defunct Philadelphia Animal Care and Control in 2012. Although it tries to avoid euthanizations, ACCT is not a no-kill shelter.

It's far from the only overcrowded pound in the United States, which is why the Bissell Pet Foundation's "Empty the Shelters" campaign is especially important this year. It's been held annually since 2016.

Across the country, 262 shelters in 42 states – including four in the Philadelphia region – are dropping their adoption fees to at most $50, but the majority are charging less.

The Pennsylvania Society for the Prevention of Cruelty to Animals is holding a "Really Big Adoption Event" event on Saturday, July 9 where fees will be lowered to $5. The event will run from noon to 6:30 p.m. at 350 Erie Ave.

PSPCA is the largest no-kill shelter in the city. It was founded in 1867 with support from Caroline Earle White, a prominent Philadelphia suffragist and philanthropist.

Those who can't make it to the event can visit the shelter between noon and 6:30 p.m. seven days a week. Many families will be able to bring a pet home the same day, but every member of the household – including children – must be present.

The Friends of Camden Animal Shelter in Lindenwold is also participating in the "Empty the Shelters" campaign.

The organization was founded in 1990 by a group of volunteers who traveled into Camden daily to feed the city's overflowing population of strays. It was one of the first no-kill shelters in the country.

Adoptable pets can be viewed online. People must fill out a questionnaire, which needs to be approved before they can visit the shelter at 501 Berlin Rd. All members of the household must be present. Renters will be required to submit written permission to adopt from their landlord.

Wilmington's Faithful Friends Animal Society is the only shelter in Delaware participating in the Bissell Foundation's campaign.

The non-profit was formed in 2001 in response to reports that the kill rate in Delaware's shelters was 90%. Since then, the rate has been lowered to less than 10%.

Those looking to adopt can view the available pets on the organization's website and fill out an online application.

There are many more shelters with pets available for adoption across the region, including: