Fundraising for rebuild and security underway 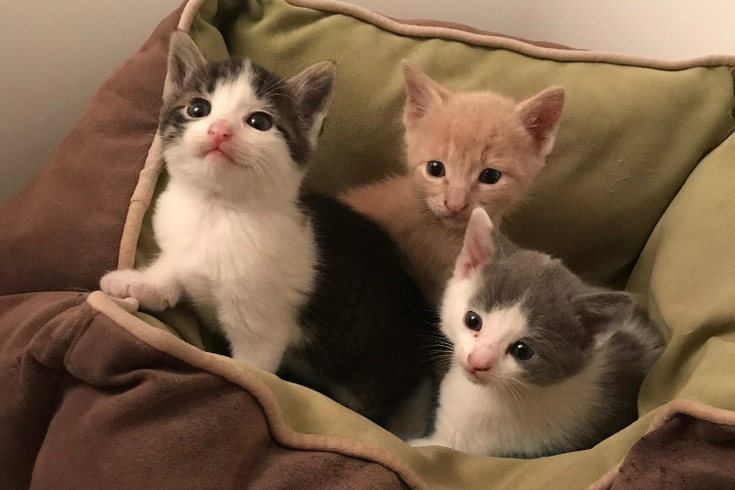 Kittens that were rescued from the first fire set on Pier 70.

An outdoor animal shelter at Pier 70 on the Delaware River was set on fire Saturday morning, marking the third incident at the cat colony in the last two weeks.

Police and shelter volunteers told CBS3 the fire was intentionally set, raising concern for both the shelter’s displaced cats and the area’s neighbors. This latest fire reportedly destroyed every shelter that was there.

In light of the fires, shelter volunteer Alexa Ahrem launched a trending GoFundMe on behalf of the Stray Cat Relief Fund to help protect the shelter cats from future fires.

“This was the third arson attack on this cat colony’s shelters in the past two weeks,” the campaign reads. “These are targeted, methodical attacks.”

Volunteers had been fundraising Saturday to help “winterize” the shelters to keep the animals warm in the months ahead. Funds from the online campaign will go to Stray Cat Relief Fund to build new shelters and create “legitimate security measures” that can keep future incidents from occurring.

“This is not only about the cats, but is a public safety matter,” the site reads.

An additional fundraiser was planned for Saturday, November 4, to help sterilize, vaccinate, and feed the animals, but those funds will now go toward rebuilding and security efforts.

According to the GoFundMe page, these types of cat colonies have been active at the piers for more than 30 years, surviving on self-funded volunteers, including the Stray Cat Relief Fund.

Though none of the cats were harmed in this fire, Ahrem told CBS3 that the cats are very much in danger without better security, as the SPCA has responded to at least one mutilated cat in the area in the last two weeks.

“The people who are lighting these fires are also hanging, stabbing cats and throwing them in water,” she said.