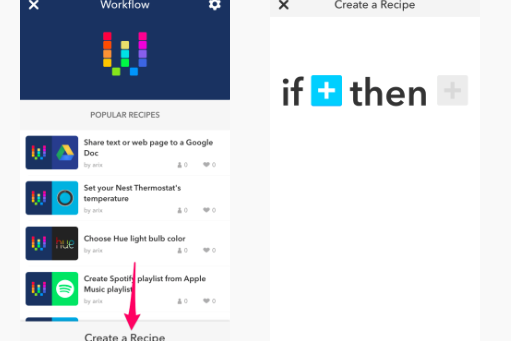 After several years of high praise and rising popularity in the App Store, the quartet of Philly developers behind iPhone and iPad automation tool Workflow have been snapped up by Apple, which concluded the company could not have made this nifty program better itself.

Created a few years ago by Ari Weinstein, Conrad Kramer, Ayaka Nonaka and Nick Frey, Workflow is essentially a shortcut tool that allows you to automate all kinds of routine tasks and custom needs on iOS, whether it's turning your photos into a GIF, rotating an image or calling up a map that will immediately get you heading the right way home. It eliminates a lot of tapping around for things you either do all the time, building chains of commands that would otherwise require more screen time than you'd prefer to have to invest.

Weinstein and Kramer, both from the Philly area, built up Workflow as a native iOS app with wider appeal and accessibility than IFTTT, a similar automation tool. The app won an Apple Design Award in 2015 and landed on the radar of Product Hunt as its power for heavy users became clear.

Both Workflow and its talent have been acquired by Apple, although financial details were not revealed.

“We are thrilled to be joining Apple,” Weinstein said in a statement to TechCrunch. “We’ve worked closely with Apple from the very beginning, from kickstarting our company as students attending WWDC to developing and launching Workflow and seeing its amazing success on the App Store. We can’t wait to take our work to the next level at Apple and contribute to products that touch people across the world.”

Apple, in its own statement, praised the app not just for its design and inherent value, but for its use among individuals with vision impairments. As TechCrunch notes, the acquisition suggests the company has plans to build Workflow's compatibility with Siri.

“The Workflow app was selected for an Apple Design Award in 2015 because of its outstanding use of iOS accessibility features, in particular an outstanding implementation for VoiceOver with clearly labeled items, thoughtful hints, and drag/drop announcements, making the app usable and quickly accessible to those who are blind or low-vision.”

Check out a tutorial video for Workflow below.