Are witches and their descendants offended when politicians use the term 'witch hunt'?

It's a matter of semantics and perspective 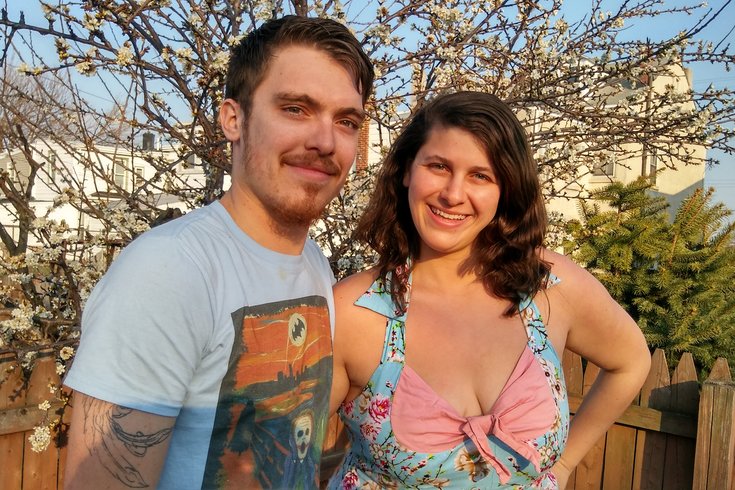 High Priestess Tehilah Firewind and High Priest Ogonslav Firewind lead the Coven of the Open Mind in Trainer, Delaware County. They said misconceptions about their world are vast.

In the political world, the term “witch hunt” is often used to decry negative attention or investigations.

Just this week, a president – and his defenders – infuriated by a determined special counsel used it, as did a Missouri governor pushing back against accusations that he was “physically aggressive during an unwanted sexual encounter.”

Etymologically speaking, the term is as old as civilization itself with roots in ancient Egypt and Babylonia as a way to push back against magic, spells and a belief in witchcraft and sorcery.

It’s evolved to the point of being defined as “an investigation carried out ostensibly to uncover disloyalty, subversive political activity, etc., usually conducted with much publicity and often relying upon inconclusive evidence and capitalizing on public fear of unpopular opinions.”

In the United States, the tangible impact is best viewed through the lens of the Salem Witch Hunt in 1692 which “resulted in the executions of 19 innocent women and men.” (And much later, when the reputations of innocent Americans were tainted by Sen. Joseph McCarthy's allegations in the 1950s.)

Internationally speaking, the number of executions between 1450 and 1750 is estimated at up to 35,000, with cases reported as recently as 2017 with ISIS beheading two elderly men for “practicing witchcraft” in Egyptian Sinai.

“If we don't learn from history we are destined to repeat it? Sadly, I'm afraid so.” – Descendant of a Salem Witch Trial defendant

With that history in mind, we got to wondering what living, breathing self-identified witches – and their descendants – think about the phrase being thrown around by politicians.

Mirroring the population at large, their responses were varied as some took offense while others either brushed it off or viewed it as emblematic of wide-ranging prejudices they face in day-to-day life.

The Associated Daughters of Early American Witches (ADEAW) has its roots in a 1985 meeting of three women who talked about forming a society of women descendants of early Americans accused of practicing witchcraft.

To be a member, “a woman must be at least 16 years of age and able to prove lineal descent from an ancestor or ancestress who was officially (by authority, government, or church) accused OR tried OR executed for the practice of witchcraft or wizardry in Colonial America prior to 31 December 1699.”

In advance of ADEAW’s annual meeting – scheduled for Saturday at a Washington, D.C. hotel – PhillyVoice reached out to a trio of local members to ask whether they were offended by hearing the phrase used in a political context.

As the “10x great-granddaughter of Mary Clements Osgood” – one of the first three women to be accused of witchcraft in the Salem witch trials – Michelle Lee of Wilkes-Barre said it didn’t bother her.

“In all honesty, I’m not offended,” she said. “People are taking things too seriously nowadays.”

A woman from Upper Darby joined ADEAW after researching her family tree and learning that her 10x great-grandmother – Elizabeth (Permient) Clawson – was tried for witchcraft in Salem.

Clawson was ultimately found not guilty after “76 individuals including elected officials had defended her innocence,” said the woman, who didn’t want to be identified by name in this story.

Adding the caveat that she was speaking for herself – and not other descendants in the group –she said she wasn’t all that concerned.

“I don't think using the term ‘witch hunt’ dismisses the actual history and events that spread through the colonies,” she said. “When a person uses the term ‘witch hunt' in this day and age, they are saying that they are being accused of something false. I mean, I haven't heard of anyone being put on trial for witchcraft in America as of late.

“I’m not really a big fan of President Trump, but I don't feel he was dismissing the actual witch hunts at all.”

From Harleysville, Montgomery County, a woman who didn’t want to be identified by name shared that her 13-year-old daughter’s ninth great-grandmother, Ann Foster, was an accused Salem Witch. Foster died in prison.

She wasn’t too keen on politicians using the term.

“They did not want to be called witches, They were just accused, just as Trump is accusing today, trying to deflect from the actual truth,” she said. “Personally, I think Donald Trump is crazy. He is surrounding himself with like-minded people, and we should all be worried.

“He evokes the name of Hillary Clinton whenever the probe is getting too close. The term ‘witch hunt’ is actually what he is doing, not the other way around.”

Stepping aside from the political connotations, she said she doesn’t like the term itself “especially in light of actual events in my daughter's past.”

“It is offensive,” she said. “If we don't learn from history we are destined to repeat it? Sadly, I'm afraid so.”

A HIGH PRIESTESS AND PRIEST SPEAK

Legally married last November, they plan a religious ceremony this spring, a time when they’re working to fix up their “covenstead” gathering place less than a half hour away from Center City near the Pennsylvania/Delaware border.

They entered this witching world from vastly different backgrounds: Tehilah grew up in an “areligious family” while Ogonslav (non-Wiccan last name: Gambow) had a strict Southern Baptist upbringing.

The Firewinds said other varieties of discrimination they’ve faced outweighs the semantics of how the phrase “witch hunt” is used colloquially in modern-day America.

“Everybody at work knows I’m a witch. I take time off for Wiccan holidays. It’s very hard to offend me in general,” shared Tehilah (née Tielebein) who offered Wicca insights via an active YouTube channel.

“To me, it’s not a lot different than, when people are talking about sports, they say (a blowout) was like the Holocaust,” she continued. “Some with a more direct tie to that are more offended since it’s so profound. But to others, they’re just words. It’s the meaning that matters.”

She said she’s more offended when people who know very little about her spiritual pursuits liken it to what they’ve read or seen in Harry Potter books or movies.

“It’s belittling to compare Wicca with fictional works,” she told PhillyVoice during a Wednesday interview.

Ogonslav, who logged roughly 20 hours a week at church or Bible study while growing up and went to pastoral school, echoed those sentiments.

“I’m not really offended by the term ‘witch hunt.’ I’m more offended that, when people think of Wicca, they think we’re sacrificing babies," he said. "We’re an earth-based religion, not all that different than Christianity. There’s no sacrificing of babies, yet that’s how we’re demonized.”

They estimate that their coven has some 90 members on six continents. While many stay in touch via the Internet, up to 15 members attend local meetings in person.

According to Tehilah, true witches “are not frightened by the common man” because theirs is a faith of empowerment. Still, the demonization and ignorance is tiresome.

“People see ‘American Horror Story: Coven’ and think they know everything about being in a coven,” she said. . “They don’t want to educate themselves about what it really is.”

Of the witch hunts themselves, they said the women were targeted less for practicing “witchcraft” and more for “consorting with the Devil,” fueled by Christians pushing back against other faiths.

“We are empowered to rise above any sort of discrimination,” Tehilah said. “You don’t just take it. You do magic. You do a curse. You’re empowered to do that. For a large portion of history, they’ve been convincing mankind that witchcraft, magic, this kind of empowerment is the Devil’s work. It’s nothing but a power play.”

“Christians and Wiccans are not all that different. It’s the same divinity, the same deity,” added Ogonslav. “It’s an open-minded path. Most Wiccans are more selfless, more caring than the average Christian. We don’t succumb to hysteria.”

Tehilah added that “our creed is ‘harm none,’ and it’s a binding oath."

“If you violate that, you piss off the deities, you piss off yourself. It draws bad karma,” she said. “My dad is in denial, but he’s a witch, too. It goes all the way back (in our lineage). I’ve always been a witch. I’ve been very witchy my whole life."

That has led people to accuse her "of being a demon, a vampire, a worker for Satan by very religious folks, most of them Christians." She said that doesn't make sense, but that's what one deals with when people don't take time to understand the witching life, especially in more religious areas, like the South.

"I lived there for a short time, and had issues with some of the older folks, those who are more old-fashioned in their beliefs and less inclined to research things before deciding how terrible they are," she said. "In the North, in Philly where I have lived since being a witch, I have had way fewer issues."