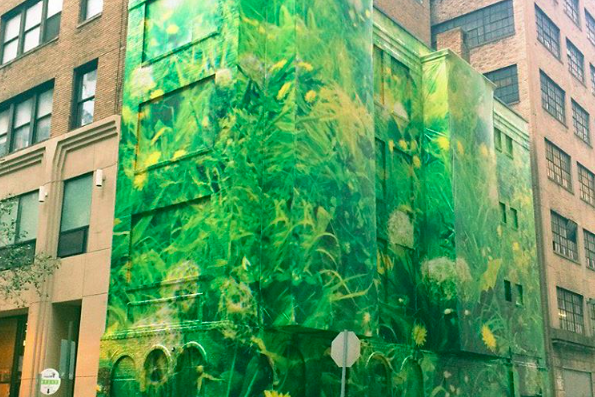 In a city so well known for its bounty of public art, it's surprising that a beautiful mural installed on a prominent Center City facade can still be completely blindsiding.

This time around, it's the work of Brooklyn-based artist Patrick Jacobs and the contemporary West Collection, which displays about half of its work in Oaks, Pennsylvania, and the other half at museums all over the world, including the Philadelphia Museum of Art.

At the corner of 16th and Chancellor streets, Jacobs recently completed an entrancing close-up of a vivid green meadow dotted with sunflowers and their fuzzy sprouts. Short of a park, it's about as bucolic a scene as you could hope to encounter in the middle of a grid. 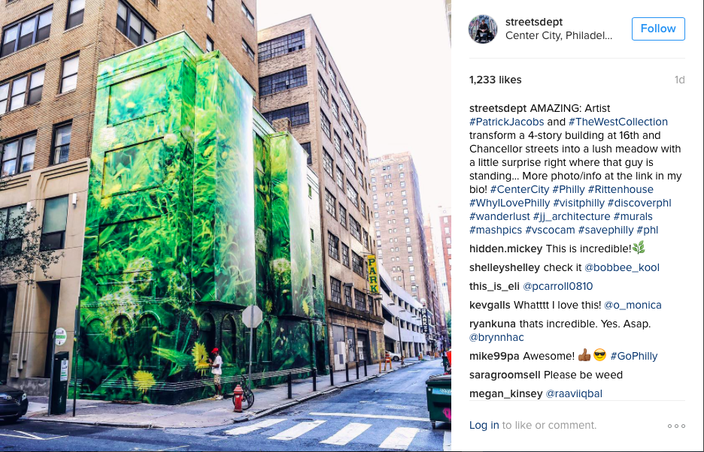 Better known as a sculptor, Jacobs drew rave reviews in 2011 for his "Familiar Terrain" series of fish-eye natural vistas. During its display at Williamsburg's Pierogi gallery, The New York Times called the exhibition an achievement in "Pre-Raphaelite-like magic naturalism" and an embodiment of Emerson-era divinity on Earth. 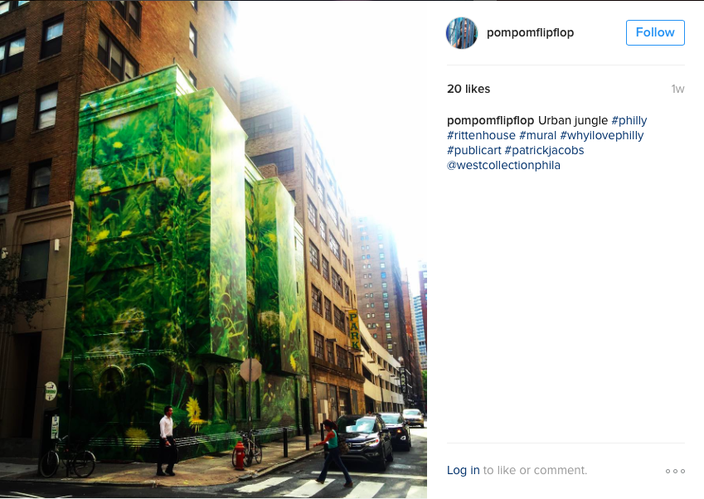 It also looks like it could be mistaken for the Rainforest Cafe opening in Center City, which is itself a tantalizing feat in the remembrance of bygone field trips.


You can check out more of Jacobs' work here.