Ask Hickey: Can you hunt in Philly's Hunting Park? 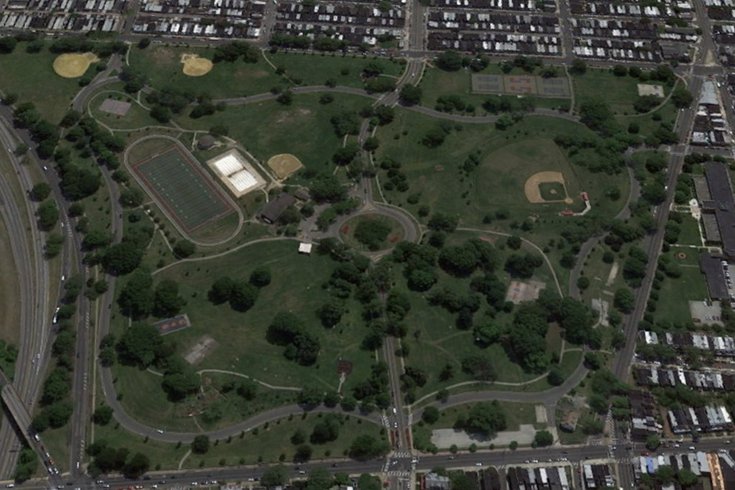 Back in the day, Hunting Park was, in fact, a hunting park – used by former Philadelphia colonial mayor James Logan.

Why is the Hunting Park neighborhood called that? Who used to hunt there and what did they hunt? – Tim McCloskey, via email

This one’s always nagged me too, Tim. Particularly when my baser brain cells connect stories about fatal shootings in the park or surrounding neighborhood with the irony of its name.

Let’s start with some simple facts: The Hunting Park neighborhood – as defined by its neighborhood advisory committee – is the area “north of Sedgley Avenue, east of the former SEPTA R7 line, south of Roosevelt Boulevard, and west of Front Street.”

In this area, there’s an 87-acre green space called – wait for it – Hunting Park, which was originally part of the James Logan estate, Stenton, at 4601 N. 18th St.

Its lands were sprawling, as evidenced by the 1.3-mile walk from Stenton to the park’s southeast corner.

The park has been many things through the years.

Back in the 1800s, there was a racetrack. In the 1930s, a music pavilion took center-ish stage. In recent years – with improvements to the athletic fields and rec center – it’s been heralded as a shining example of good to bolster the “Rebuild” initiative push.

But you didn’t ask about that. You asked about the name. And, I gotta tell ya, it took a few days of holiday-season calls to track down some clarity.

The neighborhood presumably latched onto the name of its signature park.

Luz Laboy, manager of the Hunting Park Neighborhood Advisory Committee, filled in some of the remaining blanks.

Logan, the colonial mayor of Philadelphia and chief justice of the Pennsylvania Supreme Court, not only owned the Stenton mansion, but much of the land now considered the Logan and Hunting Park neighborhoods bisected by Roosevelt Boulevard.

“The reason it’s called ‘Hunting Park’ is because he used to hunt deer there, so that’s what they named it,” Laboy said. "It was his backyard hunting area."

I'm sure Logan wasn't the only hunter out there, using a property at Old York Road and Luzerne Street as a hunting-ground headquarters of sorts.

So, let's just assume Logan and anybody he invited over were free to head out and shoot deer and, presumably, other creatures native to the region. (Calls seeking more details from the staff at Stenton went unreturned earlier this week.)

Though it’s technically just outside her district, City Councilwoman Maria Quinones Sanchez said she spent much of her childhood playing there.

“I do recall the ‘hunting’ stories” from back in the day, she noted.

But Hunting Park is no longer a green space for hunting. The primary reason for that? No noteworthy prey. And perhaps proximity to homes.

Dustin Stoner, the Pennsylvania Game Commission information education supervisor in the commonwealth’s southeast division, checked around with his local experts. They told him “it’s very rare” to find deer in that area. What you do find are squirrels, raccoons, possum and – occasionally – a fox, coyote or birds of prey.

“We have every sort of creature that you’d expect to find (in an urban park),” she said, “but, nope, no deer.”