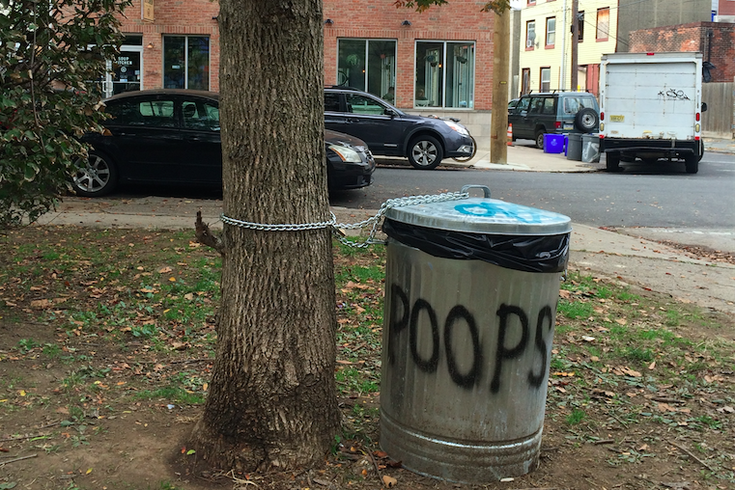 Poop belongs in a toilet or, in case of dogs, a bag placed in a trash can.

Why don't people grieve the way I want them to?

I would love to see a study on when roadside memorials became acceptable or the norm. I have lived in this area for a very long time, and they never had them in the burbs growing up.

Is this something that migrated out from the city? Just imagine if we erected a cross or some other marker at the site of every death in our area? How unsustainable would that be?

Since we cannot do that for all, then should we allow it for any? This phenomenon is really strange to me. Graves were the traditional place where family and friends went after a death to mourn. Why do some choose to mourn at the site where a person died?

This wasn’t an #AskHickey submission, but rather a comment on a story I wrote last week about a roadside memorial being destroyed by someone who didn’t have a right to do so.

I know, I know, research is for nerds; it’s easier just to ask questions. Still, I’m going to insist you poke your nose around those links, as perhaps the answers you seek are therein. I’ll return in a half hour to say some truths.

OK, all caught up? Good.

Here’s my take on your questions: STFU.

It’s not about acknowledging every death in the area. The sustainability schtick is patently offensive. These temporary memorials acknowledge the deaths — whether by unintentional acts or brutal crime — of people often cut down in the primes of their lives. What’s really strange is the need to question others’ grieving processes under the veil of “stick to the cemetery.”

But don’t just take my word for it. I’ve asked other folks who “choose to mourn at the site where a person died.”

Like Steven Pate, whose daughter Ceeanna was fatally struck by a drunken hit-and-run driver more than three years ago in Nicetown.

As droves of family members and friends gathered at that corner before the driver was caught, yellow, red and white candles flickered in the wind and teddy bears kept watch over the corner where she was struck. 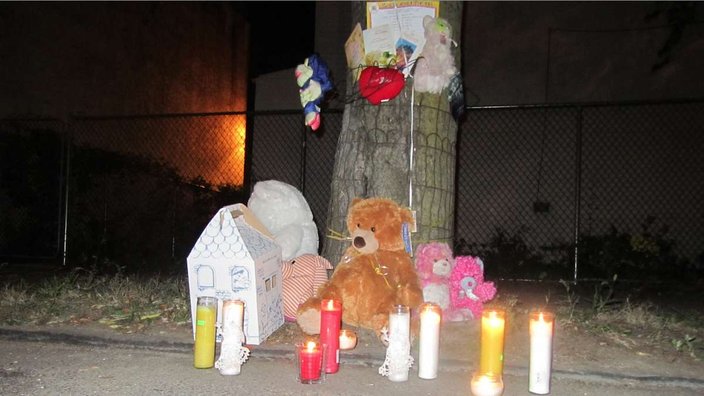 Loved ones built a memorial near Clarissa and Brunner streets in Nicetown where Ceeanna Pate was struck by a vehicle that fled the scene on Oct. 4, 2013.

“For me, it was the last place she had life. I continue to ride past and think about her,” he said. “It doesn’t make it harder; it brings a sense of closure, to help us all get through the grieving process. I won’t deny that it’s depressing. She lost her life there. But, the teddy bears, balloons and candles are about bringing her life back, at least in our minds.”

Echoing Pate's sentiments was Kristi Finney-Dunn, whose 28-year-old son Dustin was also killed by a drunken hit-and-run driver. In 2011, she brought his ashes to the Oregon courtroom on the day the killer was sentenced to five years in prison.

Because Dustin was cremated, Truthsayer, visiting the cemetery was out, so family and friends set up a memorial at the scene where he was killed while riding his bicycle. She remembers seeing blood, hair and glass when she arrived at the spot after her son was killed.

"His roommate put the 'ghost bike' there, and we'd go every two weeks, decorating it, planting flowers. We kept it up and presentable because I knew there would be some objections to these sorts of things if they're not taken care of," she told PhillyVoice on the phone Monday afternoon. "It was the last place Dustin existed. Breathed. Had thoughts. It's a place where I can go and feel closer to him.

"It's not just about Dustin, though. To loved ones, it means one thing, but it's also an awareness campaign. I have a huge desire to not hear about any of these tragedies happening. This can happen to anyone, anywhere, anytime. It doesn't discriminate. So to me, having that there, I'd hoped that people would drive past and think about driving more carefully."

So yeah, Truthsayer, let people grieve in the ways they see fit. Everything isn't about you. If you don't like seeing roadside memorials, don't look at them.

If you're walking your dog and he poops and it's trash day, can you bag it and put it in somebody else's trash can?

It’s even surfaced recently on the NextDoor page for my neighborhood (East Falls). To wit:

Not sure why the complaint about people dropping their dogs' feces in other people's trash cans is "no longer available." This is an ongoing problem. Last week someone left their plastic baggie with feces in my recycling — particularly problematic. I happened to stop by my home before pickup so had the pleasure of moving item to actual trash but [I think] people should do whatever they do with the bags on the other six days of the week when their neighbors' trash cans are sitting out. Thanks.

And, a quick sampling of the responses:

• I'd be very happy if people dropped their bags in my trash can. It would mean they're actually cleaning up after themselves.

• If you're getting dog poop in your trash can on any day other than your trash pickup day, you are firmly in the WRONG. It's illegal to leave your trash cans in front of your house. Put them in your alley or your backyard. In fact, I implore anyone who has a neighbor who leaves their trash can out front to call 311 or use the 311 app on them to be cited.

• If my dog has to go while we're walking around the neighborhood I pick it up and carry it back to my own trash can. While it's more responsible than leaving it on the ground, it's still obnoxious to use your neighbor's trash cans for your dog waste regardless of what day of the week it is.

• For people who don't have dogs, I understand that they may not want someone else's dog sh*t in their trash. I don't have children (yet) and I wouldn't want anyone throwing their children's diapers in my trash can (especially in summer).

People are all over the place, huh? Dogs bring out the drivers-vs.-bicyclists worst in some folks.

Even Jenny “Soxx” Drumgoole — the founder of Happy Trash Day — agrees with that assessment. I asked her for her thoughts on your question. Here’s a sampling of what she said:

Once I started Happy Trash Day, I became profoundly conscious of the disposal of my dog's feces. There are two issues here:

Issue No. 1: The sanitation workers have to dispose of your dog's poop. Don't make them touch the actual poop bag. The people who leave a full poop bag on top of garbage bags on the street are the worst. I've heard crazy stories from the sanitation workers about some really disgusting things people put out in the trash, and it's worse than your dog's bag of poop. But seriously, just put it inside of another bag or in a trash can. Don't be that A-hole.

Issue No. 2: Is it OK to put the poop bag in your neighbor's cans? I live at the edge of Fishtown. You do NOT want to mess with people's trash cans in Fishtown. People take their trash cans as seriously as they do their dug-out parking spots during a snowstorm: Don't do it! So my dog's walks are planned around access to public trash cans, which everyone would agree there aren't enough of in the city.

I have enclosed a picture of the pop-up dog poop trash cans [see top of this post] that have been showing up in the neighborhood in response to the lack of public trash cans. I was at first very excited to see one of these added to a spot where my dog sometimes poops. However, after about four days when that can is filled with JUST feces, the smell is a little too painful to even get close enough. I just walk an extra block with my sack of poop to the public trash cans.

I have a dog, too. Here’s my take: I’m loath to place the doo bag into a neighbor's trash can, considering I have a receptacle near the door. That said, on trash day, I’m markedly less loath to do so. This is because it will be gone before the neighbor even realizes it was there.

Still, I’m coming from a biased perspective, so I checked in with a friend/dog walker for professional edification. What'd she say? Happy you asked.

I say nay. Still nay, even if the trash IS getting collected that day. It's just a matter of respect. You don't know if that person keeps their can on the cleaner side. Some people have designated cans for poo bags that they then take out in a big trash bag and set aside for trash collection. God forbid your poo bag that you dispose of rips/wasn't sealed properly — now you have a poopy trash can to clean out to avoid maggots.

Moral of the story: Don't poo on your neighbors.

Gaze into the crystal baseball

Will the Cubs ever win a World Series?*

God, I hope so. In fact, I think they’ll win it by one run, in the 10th inning of the seventh game, around 12:30 a.m. EST, with Bryzzo involvement on the final play.

*the question was received before Game Seven, obviously.

Pretty damn mega-awesome. (Bummed I couldn't get to the parade, but the fam's heading out for Opening Day next April).