D.A.: 'Preying on these children was like shooting fish in a barrel' 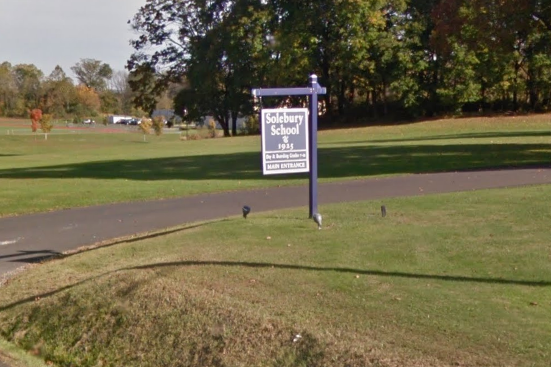 Administrators of a Bucks County boarding school allegedly allowed teachers to sexually abuse students for more than 50 years, according to a grand jury report.

The Bucks County District Attorney's Office released the details of the report on Wednesday outlining decades of abuse at Solebury School, which serves children in grades seven through 12, near New Hope. Most of the assaults occurred on or near the school's campus, but some happened in New York City.

However, no charges will be filed because some alleged perpetrators have died and the statute of limitations prevents others from being prosecuted. One case could be pursued, but the 27-year-old female victim declined to press charges because "she does not want to relive the abuse and testify in open court," authorities said.

Matthew Weintraub, the county's district attorney, noted that the public release of the investigation will help prevent similar incidents in the future.

"Preying on these children was like shooting fish in a barrel. This was child predation under the guise of progressive education. It’s unconscionable,” Weintraub said.

The investigation was launched in July 2014 after the school's current headmaster, Tom Wilschultz, learned of the abuse that had been covered up by previous administrations. In a letter to the school community, officials admitted wrongdoing and urged additional victims to come forward.

The grand jury's report, which said Wilschultz “is blameless and has taken some steps to correct the problems,” described a "culture of concealment" that allowed teachers to allegedly systematically prey on students from the 1950s until 2005.

Only one teacher ever was arrested and charged with a crime in the five-decade period. In November 1996, David Chadwick faced charges after the girl told police they had a sexual relationship when she was in 10th grade during the 1993-1994 school year. The victim also noted that school administrators knew about the relationship, but allowed Chadwick to finish the school year.

After Chadwick pleaded guilty and was sentenced to one to three years in prison, the school settled a lawsuit filed by the victim for between $700,000 and $800,000.

The grand jury identified nine individuals associated with the school that could have faced charges. When questioned, several invoked their Fifth Amendment rights against self-incrimination while those who did not were not found credible.

Under Wilschultz’s direction, the school has implemented stronger policies for reporting allegations of sexual misconduct and provided training for teachers on setting boundaries with students.

The Solebury School boasts a current enrollment of 235 students on its website.