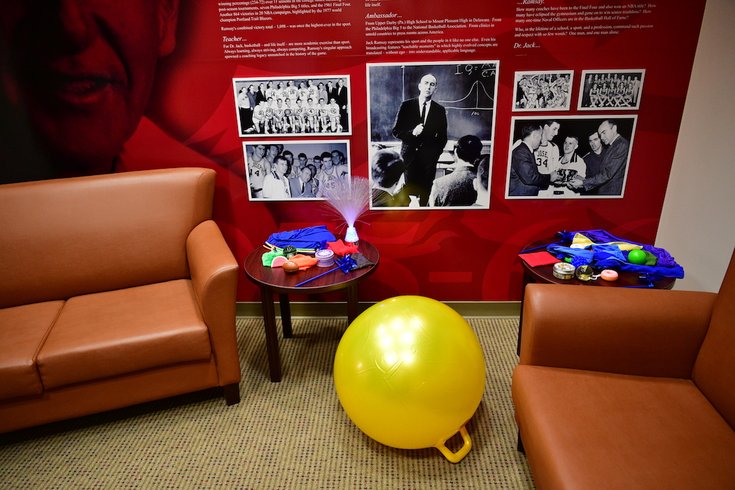 Saint Joseph’s University this week unveiled an “Autism Break Room” at its basketball arena for students and children with autism spectrum disorder. As you might expect, the university is one of the first to offer an on-site resource to help make every family’s gameday experience positive and inclusive.

Earlier this year, Sesame Place in Langhorne, Bucks County launched a similar initiative, and similar sensory spaces have been popping up in NBA arenas nationwide over the past few years.

The Break Room at the Michael J. Hagan '85 Arena features sensory-friendly items such as color-changing mats, bouncy balls, stress balls, bean bag chairs, bounce boards, weighted ties and blankets, noise canceling headphones and more. Experts at St. Joe’s Kinney Center for Autism Education and Support have trained all game-day staff on how to best interact with guests who have intellectual and developmental disabilities.

St. Joseph's has long been recognized for its autism support efforts. The university first began offering classes focused on autism and other disorders in February 2004. Since then, the school has broadened it autism-centered programming by offering a certificate, then minor and, as of 2013, a major in autism studies after the Kinney Center opened in 2009.

The Break Room was launched Sunday during the women's basketball team's Fan Fest and the Autism Awareness Game. Halftime featured a scrimmage by participants in the Kinney Center’s basketball program and family-friendly activities. More than 100 Kinney Center students and family members were registered to attend the inaugural event. 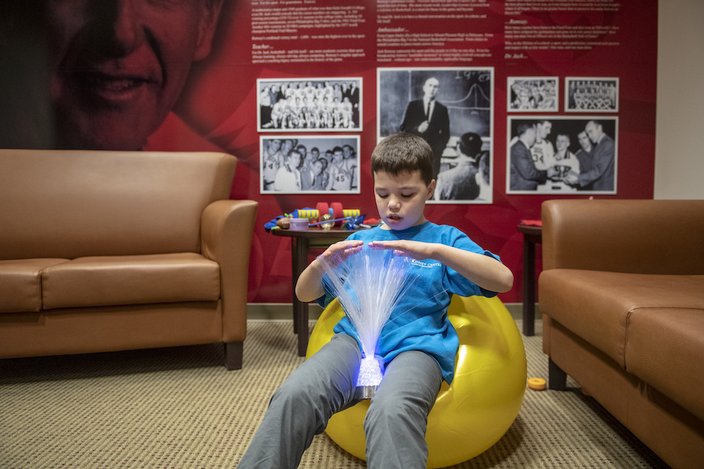 According to Joseph McCleery, Ph.D., executive director of academic programs at The Kinney Center for Autism Education and Support, the break room grew out of the university's mission to be inclusive of individuals with autism spectrum disorder by providing a comfortable and safe environment during games.

"College basketball games feature large crowds of excited fans, unpredictable events, loud noises, flickering lights and more. These can be overwhelming for those on the autism spectrum," McCleery said in a statement. "We are a Jesuit institution so our values are focused on making our community a better place and developing both our students and the families we serve holistically. It is important that we apply our Jesuit values of inclusion and diversity to athletics as well so that these events are more accessible and more welcoming for everyone, including our fans who have autism and their parents, siblings, and other family members.”

The break room isn’t a permanent fixture yet, according to WHYY, as the university plans to pilot the concept at games on January 20, February 2 and March 2 to see if families find it useful.