Bad For You - Hershey’s 'Flavors of America' candy bars 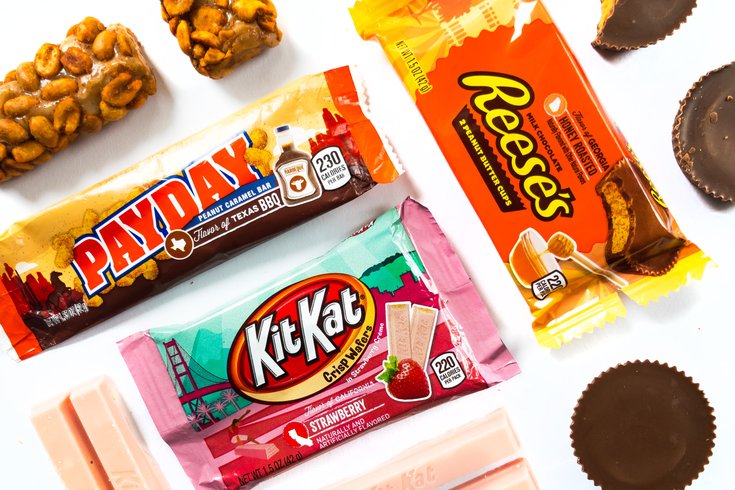 It appears that Hershey's is using Philadelphia as a test for their new 'Flavors of America' candy line.

Here at Bad For You HQ—my living room—I’m always on the lookout for exciting new and limited time snacks to review. Sometimes, companies release snack items in certain areas as a test run to see how well they do. If the response is good, they will usually release them nationwide. These are decidedly more rare.

It appears that Hershey’s is using Philadelphia as a test for their new “Flavors of America” candy line. These are variations on several candy products that feature tastes inspired by certain states. These are so shrouded in secrecy that there is no information on Hershey’s website whatsoever. The only info I could find was a tip from my friend Natalie and a post by my fellow snack journalists at The Impulsive Buy — both of whom do great work.

In fact, it appears that these are so elusive that as of press time, we could only find them for sale at one CVS location in South Philly, after checking several different chain stores and other CVS locations around town. It was sort of like trying to catch rare Pokémon, except it’s not as cool. And it costs money. And there’s no skill involved. Actually, it’s nothing like Pokémon.

I’m a little upset that Pennsylvania didn’t get a candy while Florida gets two different flavors, neither one of which is bath salts. 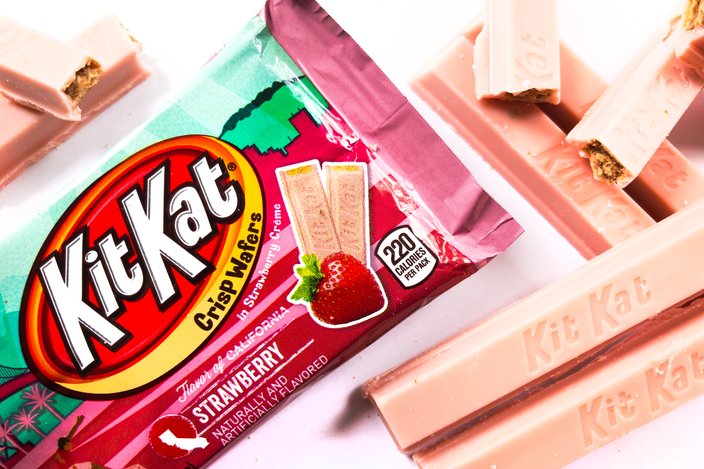 First up is the Strawberry Kit-Kats, which is the best-sounding one of the whole bunch. They remind me of the crazy Japanese Kit-Kat flavors, which I have been longing to review since this column started. Apparently, the Hershey’s people narrowed it down to build a taste around California’s two biggest agricultural exports: strawberries and marijuana. Disappointingly, they went with strawberries.

Upon opening the package, they smell like Strawberry Nesquik, which is a big plus. In fact, they kind of taste like it too. The strawberry flavor is very creamy, with subtle hints of its namesake fruit, never too much. The wafers of the Kit-Kat keep things grounded and familiar to the original. I can definitely see these becoming a permanent item. Hard buy on these. 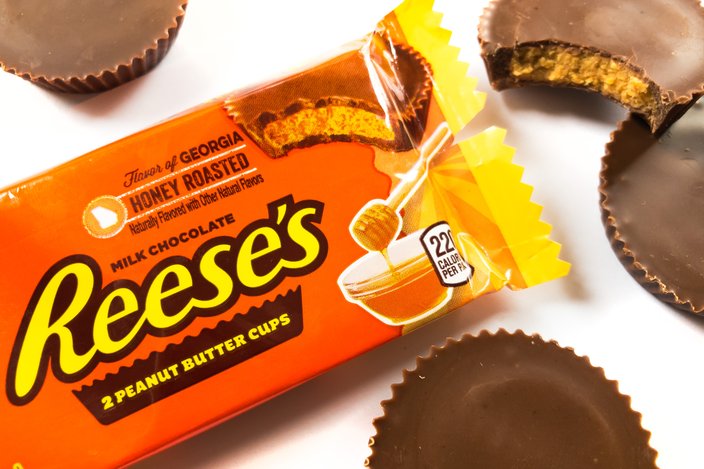 Next is the Flavor of Georgia Reese’s Cups, which, like the recently-reviewed KFC Georgia Gold, is inspired by honey. Upon the first bite, they taste like a Reese’s Cup. They are almost indistinguishable from the original until you get the aftertaste of honey. It’s not Bit-O-Honey levels, but it’s there. Somewhat sweeter than the original, though if you gave somebody one of these without the wrapper, it’s possible they wouldn’t notice any difference. These aren’t distinct enough to warrant its own product. 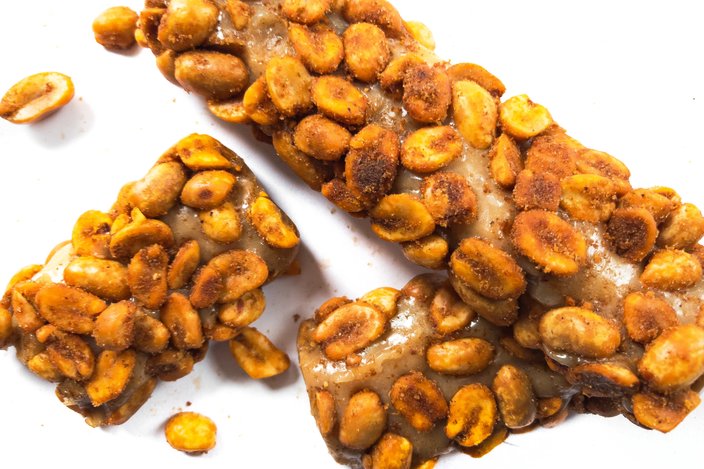 Finally, is the Flavor of Texas BBQ Payday, which I was really looking forward to because THIS SOUNDS TERRIBLE WHY DID THEY MAKE THIS? Basically, instead of regular peanuts on caramel like the standard Payday, these include BBQ-flavored peanuts.

While the BBQ was more subtle than I expected, I still came to the conclusion that this sucks. It reminds me of a peanut butter sandwich that you put BBQ sauce on, which is something a really drunk person would think is fine to eat. The caramel thankfully balances out the tanginess of the BBQ peanuts so it’s not as overpowering as it could be. Still, if I was a Texan, I would try to give this candy bar the death penalty, which is actually legal there.

Correction: In last week’s Unicorn Frappucino review, I blamed the drink for reigniting my addiction to caffeine. After the article was released, I was informed by a Starbucks employee that there’s actually no caffeine in the drink. This one’s on me. It also means my now-current caffeine addiction is purely in my head.