Bad For You - Starbucks’ Unicorn Frappuccino

By Bryan Bierman
PhillyVoice Contributor
Bad For You Starbucks 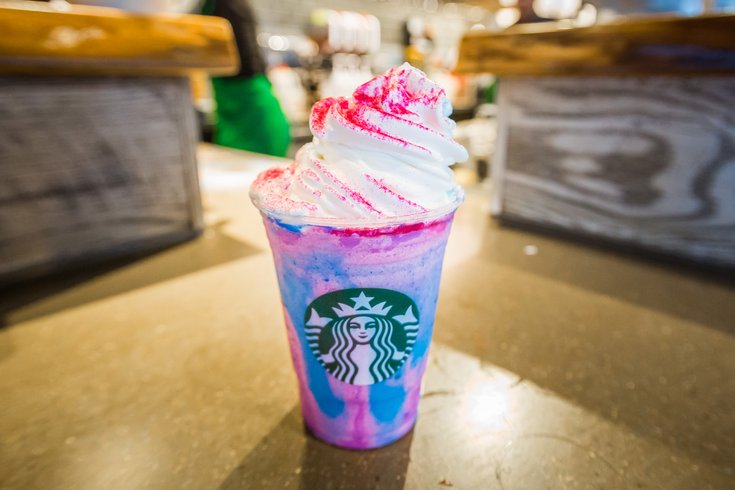 It doesn’t happen often, but every once in awhile, we food journalists get some BREAKING NEWS. This means I had to cancel my very important plans of watching wrestling and get to work.

In this instance, the big story was Starbucks’ announcement of a limited time Unicorn Frappuccino, only available for five days this week. While we already had a different edition of "Bad For You" ready to go, how could I not review something called a Unicorn Frappuccino that supposedly changes flavors when you stir it? It’s like what The New Day would drink if they liked Frappuccinos.

I told my cats to hold all my calls so I could focus. Since I didn’t get any calls, I guess they technically did their jobs.

I went to one of approximately 3,000 Starbucks locations in the city and the workers there said they have been selling a ton of the drinks all day. A sign behind the counter promised that the Unicorn Frappuccinos were made with “only the freshest rainbows.”

One of the biggest complaints I read on the internet during researching—besides that the drink tasted godawful—was that it didn’t look like it did in the picture. 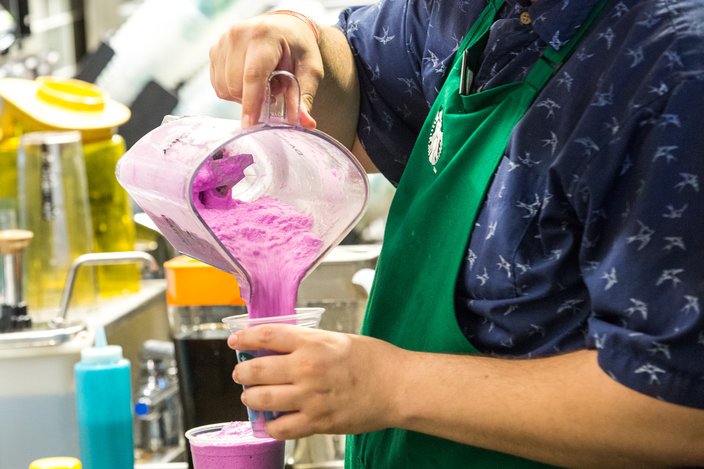 We are fairly certain this is where Unicorn Frappuccinos come from.

Earlier this week, I was at Burger King and the customer in front of me was complaining that his sandwich didn’t look like it did on the menu. It was a big ordeal. The manager had to come out and everything. After ordering my food at the counter, the cashier said, “You eat fast food. Does your sandwich ever look like it does in the picture?” She didn’t know that I am a bit of an expert on the subject, as I encounter this with almost every "Bad For You" entry. “That never happens,” I told her, and she agreed.

However, this was one of the few that I thought looked pretty spot-on to its promotional photo. Aesthetically, this thing is like a work of art, at least in terms of Frappuccinos. The tie-dye purple and blue patterns gave the drink a unique appearance. On top was a good helping of whipped cream layered with pink and blue sprinkles and a look that really is worthy of its unicorn name. It’s perfectly suited for Instagram photos.

While the Chocolate Shamrock Shake had green sprinkles on top that barely tasted like anything, the sprinkles on this one packed a powerful punch – a powerful, disgusting punch. Photographer Thom texted me to make sure I ate some of the coated whipped cream by itself (the exact quote was that “it gave [him] quite a reaction”) and I’m not glad I did. It tasted like crushed up ultra sour Warheads. 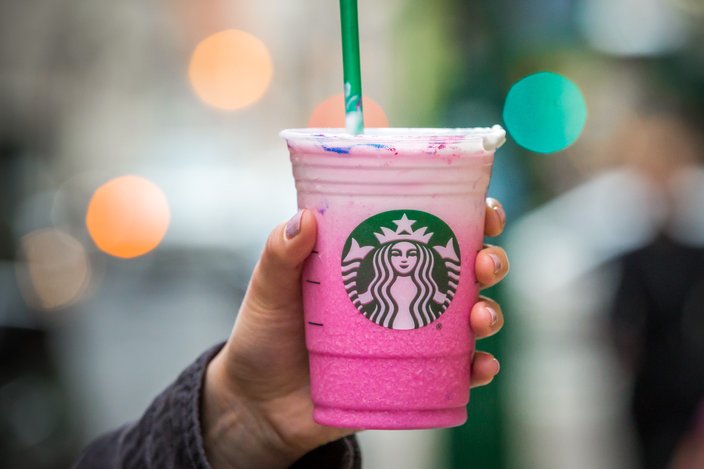 Starbucks Unicorn Frappuccino after it has been mixed together.

What? Why? Unicorns aren’t supposed to be sour, are they? Maybe unicorn poop is sour, but not their milk. That’s what this is supposed to be, right?

I quickly took a sip of the drink to wash away the taste and I was delighted to find out that it was not bad at all. The mango syrup gave it the taste of a fruit smoothie. Sour sprinkles aside, I was confused by all the backlash.

Then I stirred it. The whole gimmick of the drink is that it not only changes colors when you mix it all together but it changes flavors as well. After a couple rotations with my straw, I immediately tasted the hate. The sweet mango taste was interrupted by mixing that too-tart blue syrup. The more I mixed it, the worse it tasted. The worse it tasted, the angrier I got. As I walked around Old City, the smell of manure from the non-horned tourist trap horses was a breath of fresh air after this.

Was Starbucks just trolling everyone? They got the world’s attention with this pretty looking drink and they had to ruin it by adding mounds of citric acid that torches your tongue. Why did they make this so sour? Without that blue stuff, this thing wouldn’t be half bad. With it makes it all bad. I honestly could not get the aftertaste out of my mouth for about 20 minutes after I threw this thing in a dumpster.

I would also like to note that I had recently given up caffeine after a serious energy drink addiction. This means I had to break my habit to drink this psychedelic monstrosity. In a couple weeks when I’m mainlining cans of Monster, I’ll have this drink to blame for making me fall off the wagon – a wagon pulled by a blessing of unicorns.

That’s right, a group of unicorns is called a blessing.

Verdict: Absolutely not. This is a slap in the face to unicorns everywhere.