Bad For You - Wawa’s Paninis

Pre-grilled bread is still a moral grey area, on par with human cloning

By Bryan Bierman
PhillyVoice Contributor
Bad For You
from 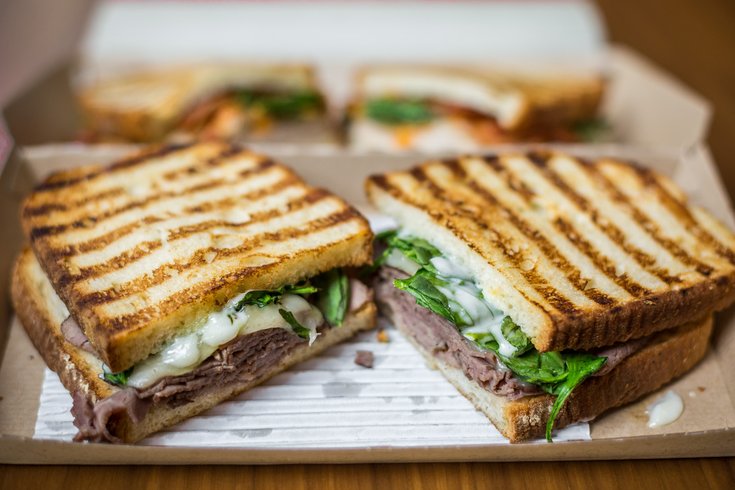 If you’re like me, then you also have a weekly junk-food column and love paninis. I am currently almost finished eating through the panini menu at Palm Tree Market in Northern Liberties, which has been a wild, unforgettable ride. The panini takes a bunch of things I like—namely cheese, meat and bread—then grills it all together into a tight, delicious package. It’s like a sandwich, but meltier and more compact.

There is a good chance that my love for the food may have to do with the pressing of the sandwich, as I am also addicted to the Hydraulic Press Channel on YouTube.

With panini popularity through the roof, our beloved Wawa has tried its hand at these pressed presents. They have been around, off-and-on, since last year, but have been rolled out at various locations. Now, they are on sale for $5.49, and are advertising six different varieties: Horseradish, Roast Beef & Fontina; Italian With Sun-Dried Tomato Pesto; Toasted Cheese; Oven-Roasted Turkey, Bacon & Swiss; Fontina & Spinach; and Cheese, Tomato & Sun-Dried Tomato Pesto. You can also order your own custom panini, though if you can’t order one filled only with Gobbler cranberry sauce and meatballs, then it’s pointless.

In a recent Bad For You, I found a discrepancy with the Reuben sandwich from Subway as they didn’t grill it—a key step in a Reuben—but instead, they toasted it. Wawa takes this ruse one step further, advertising that their paninis are “toasted to perfection on grilled rustic bread.” So they toast it and grill it?

Nope. The sandwich comes served on pre-grilled bread then toasted. 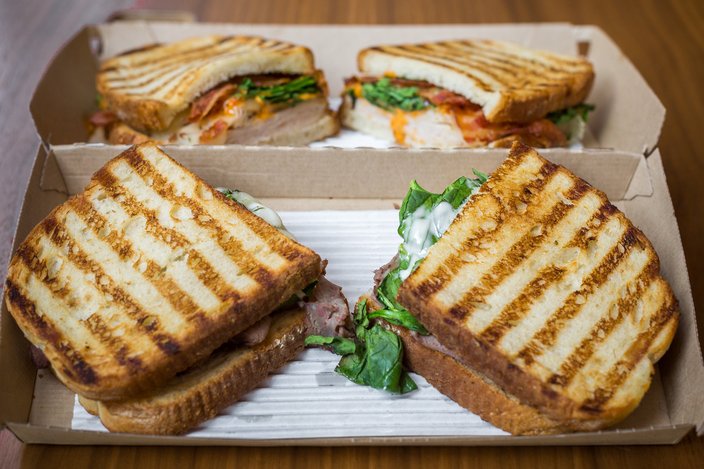 Wawa's Paninis are large, grilled, and a change from the traditional Philly-favorite, the hoagie.

A panini needs to be pressed together and grilled. That’s why they make them on a “panini press,” which grills it. This current method of using pre-grilled bread to serve the illusion of a panini is no doubt cheaper for Wawa than actually having to buy a brand new panini press for every location. However, because of this, in technical terms, this isn’t a real panini—it’s a pano-no.

Once you get past this, if you can possibly find it in your soul to do such a thing, Wawa’s “paninis” aren’t bad. In the case of the Oven Roasted Turkey, Bacon & Swiss, it’s actually quite good. The sun-dried tomato pesto spread is the real highlight of the dish, as its creaminess really compliments the sandwich quite well and gives it a good mix of tang. I don’t know what it is about that sun that make tomatoes so good. They taste way better than the time I tried to make moon-dried tomatoes. (They were stolen by a rat.)

The oven-roasted turkey was very juicy and there was a plentiful amount of meat. The melted Swiss was a nice touch, as was the bacon, ‘cause why not? The bread had the right amount of crunch, except when you got to the crust. When it gets way too crunchy, but hey, that’s crusts for you. 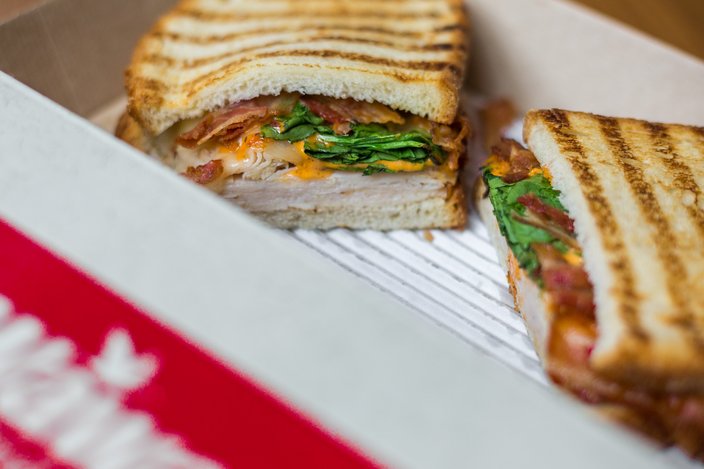 I did not share the same feeling for their Horseradish, Roast Beef & Fontina offering. As I talked about last week with Sriracha, I have the fragile tastebuds of a toddler, so the horseradish sauce did not work for me, besides burning my nostrils. The fontina cheese had a little too much “bite,” and overall, the sandwich was soggy.

Verdict: For a fake panini, the Over Roasted Turkey, Bacon & Swiss was pretty good. The Horseradish, Roast Beef & Fontina was not. Pre-grilled bread is still a moral grey area, on par with human cloning.