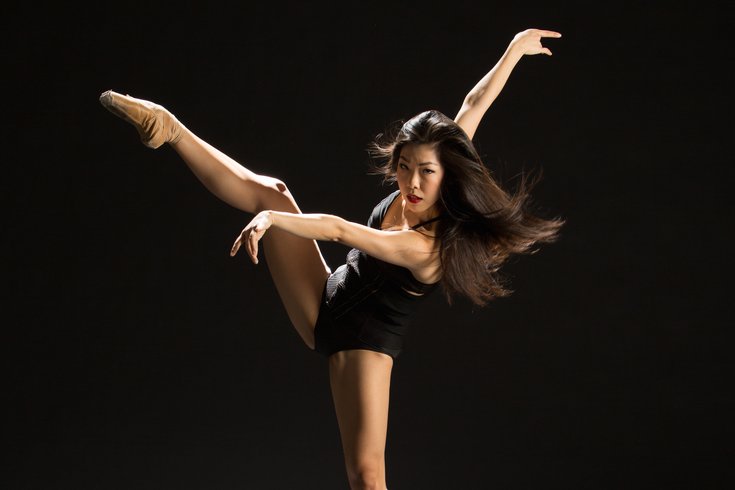 When Christine Cox and Matthew Neenan founded BalletX in 2005, there was no telling what kind of beacon it would become for Philadelphia's arts scene. Their ability to refresh classical ballet with daring contemporary choreography and exciting artistic choices paid off, and the company has only seen its profile rise and rise with each passing year.

Now celebrating a decade on stage, BalletX is roaring into its next 10 years with a brand new full-length commissioned world premiere. Opening Nov. 18, Nicolo Fonte's "Beasts" raises the age-old sociological debate of nature versus nurture.

While the ballet brings up important questions, it gives no answers; instead it suggests the answers don't even matter. In the end, all that matters is how we all have a little wild side.

At the time of writing, four of the series' seven performances, featuring original sets from renown designer Mimi Lien, were already sold out.

When Fonte began conceptualizing this new work over a year ago, it began as a distinct binary, an evening-length performance split cleanly between nature versus nurture. Now, as it prepares to take the Wilma Theater stage, Fonte has stretched sociology into abstraction, allowing the subject to weave in and out of his choreography rather than becoming a literal debate.

"I will stress that I am a choreographer and my job is to make a dance," he said, "so while this dance might provoke some thought, it also entertains. I wasn’t interested in making a ballet that was somehow going to be comparable to a dissertation on the subject."

Calling it a "magical exploration of the human spirit," Cox said Fonte's creation is a perfect embodiment of BalletX's mission for the future.

"This is just a huge leap into our tenth anniversary season. On all scales, this is a full throttle push. ... It’s just this really gorgeous journey," Cox said. "He’s an outstanding choreographer that knows how to put us on this trajectory, this path of exploration, physically and emotionally."

This type of risk-taking is BalletX's aesthetic foundation; Neenan and Cox began the company in order to stretch their limits past traditional classical ballet. But BalletX has become about much more by focusing on fostering a thriving community of dancers, choreographers and patrons.

"In the beginning we just wanted to do exciting new work that resonated with us as dancers," Cox said.

"Now it’s a whole different ball game. It’s really grown to be something I think bigger than we ever could have imagined. ... For me, it’s creating a company that is inspiring, that has a strong vision for the future, that is focused on its community in terms of the many levels of touch points from performances to student outreach to adult audience engagement that stimulates the audience both mentally and visually."

And the program continues to grow, both in size and artistically. From initiatives like its first fellowship with choreographer Yin Yue to expanding dancers' contracted working weeks from 21 to 35 weeks a year, BalletX is stretching its legs and testing its limits yet again.

Of course, the wiggle room to go exploring through the unknowns of performance art does not come cheap and an engaged audience enables the company to continue doing what they do best. Too many performing arts companies fail before they can fly, yet BalletX's annual series continually sells out.

"With the support of the community we can do anything, but we need the community behind us, supporting us through donations, through coming to performances, just going above and beyond," Cox said. "You have to build it and it's through hundreds of people saying, 'I believe in what you’re doing and I want to help.' I can’t emphasize that enough."

"We’re building a strong home season and a strong community in Philadelphia."

BalletX's core audience, according to Cox, truly touches a range of ages and backgrounds. When asked whether it's difficult to drum up funding from the millennials filling Philadelphia, since typically older audience members become patrons, Cox emphasized that every little bit helps.

Thanks to the support the company's already received, BalletX has many exciting announcements in its future -- not that Cox is spilling the beans just yet. Until then, she's got one major to-do on the company's bucket list: a European tour. It's not that BalletX couldn't have had one yet, of course. Rather, they've been pouring their love back into Philadelphia, driving home their mission of creativity and community.

"What we’re doing differently than many other companies our size is we’re building a strong home season and a strong community in Philadelphia. We’re investing our time and energy in our city where I think some other companies are really trying to invest in the touring model," Cox said.

"We’ve been fortunate enough to live in a town that loves contemporary ballet."