By By Paul Franklin 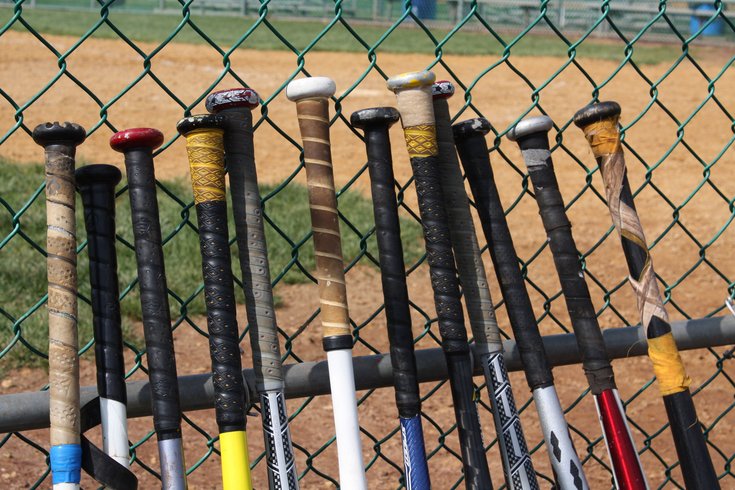 Baseball bats have turned into big business -- especially on the youth level.

Hall of Fame pitcher Nolan Ryan once missed a start after being bitten by a coyote. Outfielder Vince Coleman missed the entire 1985 World Series after being rolled up in the tarp machine.

Obviously baseball can’t help prevent those type of injuries, but it can, and continues to, try and reduce the odds of suffering even more debilitating injuries.

The Sports Science Laboratory on the campus of Washington State University is the testing site for bat standards. In 2011 it created the Batted Ball Coefficient of Restitution (BBCOR), a composite bat safety standard that one year later was adopted by the Federation of State High School Associations in Indianapolis.

Essentially what that means is the ball doesn’t come off the bat as fast (not 125 MPH anymore but down around 100).

“For sure, bats don’t have as much pop as they used to,’’ Rider University junior outfielder James Locklear said. “They’re more like a wood bat. It’s definitely safer now.’’

As a pitcher, St. Joe’s University senior Lansing Veeder has had balls smash into his chest and legs, but, “Knock on wood,’’ he says, “I’ve had many close calls but nothing close to my head.

“We have minimized the risks as best we can. You can’t make sports completely safe because they aren’t completely safe. You have someone swinging a stick and throwing a ball, and running with cleats,’’ Hopkins said.

“With the BBCOR bats you definitely see the speed decreased a little bit, but still, if you’re making contact on the ‘sweet spot’ the ball’s gonna’ come back at you a hundred miles an hour.

“It’s always in the back of your mind,’’ he adds about the possibility of line drive comebackers. “But it’s about the risk you’re willing to take to play your sport. Every sport has its dangers and injuries. It’s about what you’re willing to risk to continue playing. If it’s worth it, when you’re on the mound you don’t even think about it.’’

Although the more expensive composite bats seem to be a more popular choice by teenagers (the more lightning bolt designs or the cooler name the better), wood bats, despite the frequency of breaking, seem to be inching back more and more as a preferred choice economically.

However, as a general topic regarding the potential dangers of swinging a metal bat vs. a wood bat, the debate is apparently fading.

Elliott Hopkins, Director of Sports and Student Services at the National Federation of State High School Associations in Indianapolis, says simply, “There really is no controversy anymore.’’

Bats that do not have BBCOR engraved or permanently labeled silk screened are tossed out by umpires.

The concept of the BBCOR bat was introduced by University of Illinois Physics Professor Dr. Alan Nathan. After spending more than 20 years working with Nuclear and Particle Physics, he began to devote his time to baseball research at the turn of the century.

“Composite bats are now the bat of choice,’’ Nathan said. “One of the factors was to prevent and reduce injuries, but we’re dealing with small numbers. My goal really was to reduce the maximum speed of the ball coming off the bat, and one thing there’s absolutely no question about is the BBCOR standard has reduced offensive production. There has been a tremendous reduction in home runs, beginning in the 2011 season, but now they’re starting to go back up again because they’ve changed the baseball.’’ 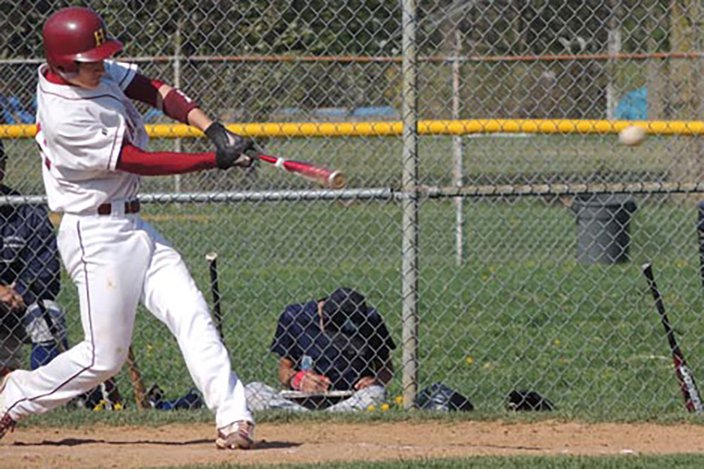 Specialized and weight training have led to increased bat speeds in youth baseball.

Prices continue to go up as well.

Composite bats are priced upwards of $500. Somewhat ironic is that the introduction of aluminum bats some 40 years ago came about due to the cost of replacing cracked or broken traditional wood bats. Wood bats today can range from about $40 to $150, while composite bats obviously have a higher range.

Not everyone can dish out $500 for a baseball bat, no matter how cool the name is (Rip It; Voodoo) or how many lightning bolts are painted on it.

Some members of Philadelphia’s Metro Junior Baseball League are in that situation. Paul Johnson, coach of the Philly Area Black Sox (who won the MJBL last year), said he is seeing more wooden bats being used at travel tournaments.

“The concern is cost,’’ said the veteran coach who grew up in West Philly. “The BBCOR is closer to wood as you can get as compared to the ultralights that were in existence 10-15 years ago. They were meant to increase power and production.’’

The MJBL, a national organization primarily focused on urban baseball, has an all-bat policy.

Not so for high school teams in New York City and New Mexico, where a ban remains on non-wood bats.

Cal Ripken League baseball uses composite bats in its tournaments. In 13U programs, bats have to be measured and stamped with a “Bat Performance Factor’’ (BPF). Players in 14U ball are required to use BBCOR, though wood is also allowed.

“We use wood in summer leagues,’’ Seton Hall University junior Derek Jenkins says. “I’d be OK using wood in all games. It’s definitely scary out there, especially with how big and strong guys are nowadays.’’

Combining the speed of the swing, the hitter’s strength and biomechanics and the exit speed of the ball, it has been estimated in controlled tests that a pitcher has a reaction time of 0.03 seconds.

In 2011 the NCAA adopted new parameters for metal bats, the idea being to limit the exit speed of a baseball off the bat.

Coinciding with the new standard was a continuation in the reduction of offense. The NCAA reports that last year the average number of home runs per game in Division I was the lowest since 1970.

Runs per game, batting averages and home runs had continued to drop since 2011, so another change was implemented for this year’s college season. A lower-seam ball was introduced, one which is used not only on the college level but will also be experimented in various summer travel league tournaments.

So far this spring, runs per game have risen, batting averages have risen and home runs have risen. Curiously enough something else has risen: pitchers in Division I are averaging one more strikeout per game.

It’s enough to drive you batty.

A man who refers to himself only as Sam, owner of a baseball academy in the Philadelphia/South Jersey area, feels all the attention focused on what bat to buy or what bat to use is secondary to what really matters.

“All of that gets away from learning how to swing a bat correctly. Meanwhile, bat manufacturers and sporting goods stores are trying to figure out any way imaginable to make kids feel that they somehow have to choose one over the other for any number of reasons. They keep chasing their tails.

“Learning how to hit is the most important thing to get kids getting what they want, which is really to get to hit the ball hard.’’

"You can go by the numbers; bat exit speed, speed of the ball going off a tee. But hitting is not just bat speed. Bats are the smallest part of the equation, but it’s become the biggest expense,’’ he said.

He feels a quality wood bat can send a ball as far as you can with any metal bat.

“Hitting the ball on the ‘sweet spot’ is more important than just your swing speed,’’ said the man requesting anonymity. “People say it’s all about the bats. No, it’s not. It depends on whose hands it’s in (see Alex Rodriguez).

“At the end of the day we measure kids by development. You can go by the numbers; bat exit speed, speed of the ball going off a tee. But hitting is not just bat speed. Bats are the smallest part of the equation, but it’s become the biggest expense,’’ he said. “Learning how to hit properly is the most important thing. It enables the little guy to hit the ball out of the park just as the big guy.

“Hitting is the art. The bat is the vehicle. The equipment.’’

For now, amateur baseball continues to go through change. Lower exit speeds, lower seams, for the most part it is geared toward the safety of the game.

“People should be confident that the game is in a good place,’’ Hopkins said about youth baseball in general. “We have minimized the risks as best we can. You can’t make sports completely safe because they aren’t completely safe. You have someone swinging a stick and throwing a ball, and running with cleats.’’

For “Academy Sam,” while instructing youth baseball players remains the priority, increased safety and offensive production on the field are what it’s all about.

“We’re definitely working in the right direction for safety purposes, and that trumps everything,’’ he said. “While it’s a safer game for pitchers, it was getting horrible for hitters. And you know what they say: Chics dig the long ball.’’