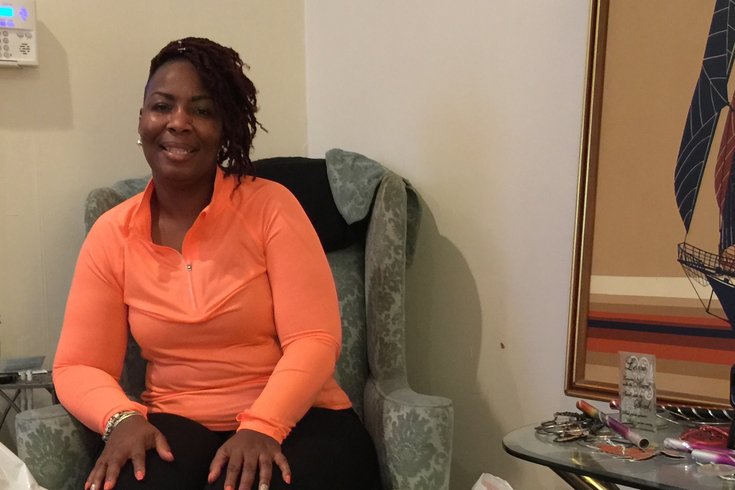 It was the last day of school before Christmas break, and Miss Tira wanted to celebrate in style with the children who ride her bus.

So, she sent out a message to all of their parents: Is it OK to have pizza and juice aboard her yellow school bus before dropping them off at home? Don't worry, she noted, we won't be late getting to the stop.

She knew she wouldn't see them again until the calendar struck January, and classes resumed. What she wouldn't learn for a few hours was that her days on the route that she loved were numbered.

“I can’t account for what happened before I got there, but I finally had a chance to set it right, and it’s swept out from under me with no notice,” she'd explain in an interview at her home a few days later.

She spent the holidays knowing that, short of a dramatic shift, separation from the children with whom she connected over the course of two months loomed.

HOW SHE GOT HERE

Tira Spivey is a 43-year-old woman who was born and raised in the city's Overbrook section.

She wanted a career change as last summer was coming to a close. Having worked as a corrections officer for 16 years, she took a longtime friend up on an offer to become a school bus driver in Philadelphia.

It was something she wanted to do for a long time, a way to connect with children across the city. She has a 21-year-old son, 10-month-old granddaughter and a calling to become a behind-the-wheel mentor of sorts.

“I’m a strong believer in God, so I was praying and and this is the direction that God wanted me to go in,” she said. “Throughout my own life, I always dealt with kids on my own merit (through her job). So, He said I want you to go this direction.”

So, she trained for eight weeks – “Seven days a week, and I didn’t miss one day!” she shared – and became a driver for Durham School Services on October 22, 2016.

She found the job both demanding and rewarding.

The former can be chalked up to the fact that she had to leave her home at 4:30 a.m. to get to the bus depot near Aramingo Avenue and Butler Street in Port Richmond and make her first pickup less than an hour-and-a-half later.

The latter is because the job was everything she’d hoped it’d be.

“What do I like about being a bus driver? What I love about it – let’s say love instead of like – I love the kids, the parents and I just have love for it, period,” she said. “We are the first thing in the morning that the parents and the kids see, and we are the last thing they see in the afternoon.”

That joy would be short-lived, though.

On December 21, she received some “upsetting news.” A Durham supervisor told Miss Tira – as she was known to children and parents – that on January 16 she would be taken off the route, which starts in West Philadelphia and winds its way along City Line Avenue into East Falls, before delivering students to a school in Northwest Philadelphia.

“Due to all the mishaps through the years, the school district has decided to change bus companies,” she wrote in a text message to parents. “God saw change and knew that I was fit to make a difference. I have compassion and love for what I do. Most of all, I’m for the kids. I’m grateful to you all and thank you for putting your trust and confidence in me.”

Then, Miss Tira asked parents if they’d be willing to tell the school district that she should be kept on the route.

As a parent of one of Miss Tira’s passengers, I didn’t waste a second to do so. It was my feeling that the announcement meant we’ll soon lose a driver who went out of her way to connect with families and right the inconvenient wrongs that led to complaints earlier in the school year.

Parents of elementary school-aged children are asked to place their trust in strangers who drive them to school. When that stranger turns into a friend, it makes the morning pickups and afternoon dropoffs less stressful.

When this school year commenced, there were some difficulties on the route, irregular arrival and departure times the most notable among them, after the original driver quit a matter of weeks into September.

It got to the point where I joined other parents who just decided to drive their children a few miles to school on many occasions. 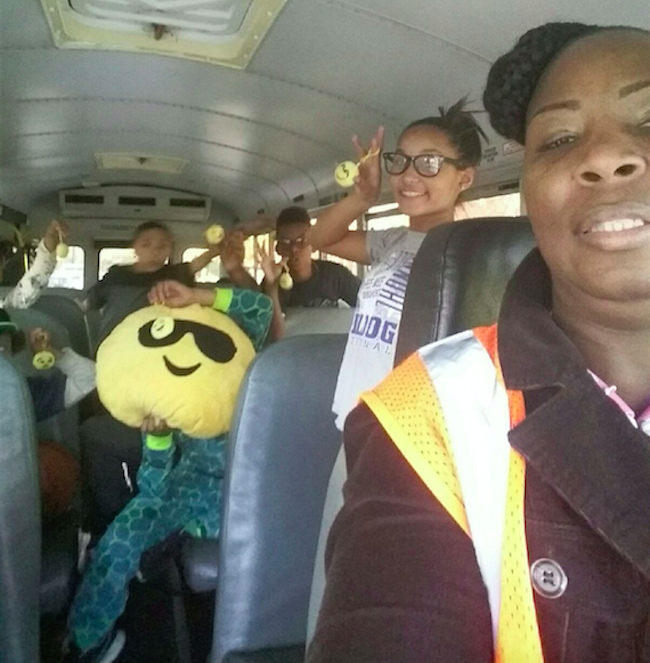 In two months on her first-ever school bus route, Tira Spivey connected with students and parents alike, helping to overcome problems on the route that preceded her.

Things settled down when Miss Tira pulled up to the corner.

“When I got on the route, I realized the route time (provided to parents via mail before the beginning of the school year) and actual time were way off,” she explained. “I had to find a way to tell parents to not go by route time. That’s when I realized I had to communicate better with you all.”

It was a matter of days before Miss Tira exchanged phone numbers with the parents. That way, she could notify them of impending delays and be able to wait for students who were running a few minutes late getting to the bus stop.

“A few times parents called me and said we woke up late, just pass by,” she recalled. “Well, I asked, 'Can be ready in 15 minutes? Well, I’ll wait for you then.’ I waited because I already had the times down pat.”

Despite those noticeable improvements, she now has five jobs within the company to choose. On a quick glance, she saw less-appealing "non-driver" roles (bus attendant, for example, with fewer hours).

To be sure, there were documented problems, both locally and nationally, with the company. On the tamer end, there were timing complaints that lead to negative reviews on this particular route. On a more serious note, there were crashes, children stranded at the wrong stops, and injuries elsewhere.

This shift wasn't a district-wide move, according to schools spokeswoman Megan Lello, who said it was specific to the school itself. It remained unclear whether other schools have, or will, follow suit.

'I SET A STANDARD FOR THE KIDS'

As she contemplated her future in her living room late last month, she noted that she has a desire to return for her former field – ideally, working at the Juvenile Detention Center not far from her home in the city’s Mill Creek neighborhood.

It's not as stark a departure as it may seem. The common thread between the professions is having an impact in the lives of children, she said.

“I set a standard for the kids that see me – especially the girls becoming teenagers – who already think they’re grown up,” said Spivey, who studied architecture and interior design at Harcum College and worked in security before her corrections job. “When the girls see me, they see than you can be modest about certain things, that you can still be cool and down to earth but we still got clothes. You can still look decent in the morning and be cool. You have to be relatable to reach them.”

Along the bus route, she connected with students by, among other things, talking about their pen pals by discussing how she’s been in touch with hers for nearly 40 years now.

Miss Tira also doesn’t “tolerate profanity or disrespect; I always cut that off right at the neck.” It's another way she has an impact on her passengers' world views.

What it all came down to, as Miss Tira started what could be her final two weeks on the route, was doing the job the right way, even if she started after the ball had already started rolling toward a bus-company shift.

“If you don’t love what you do, if you don’t love your job, don’t do it, because it lessens the opportunities for people who do love it,” she said. “But one thing was always guaranteed: I’m getting these kids to school on time. Ain’t no doubt about that.”

With Miss Tira, there never was any doubt, and she'll be missed.