Governor has stripped him of his title 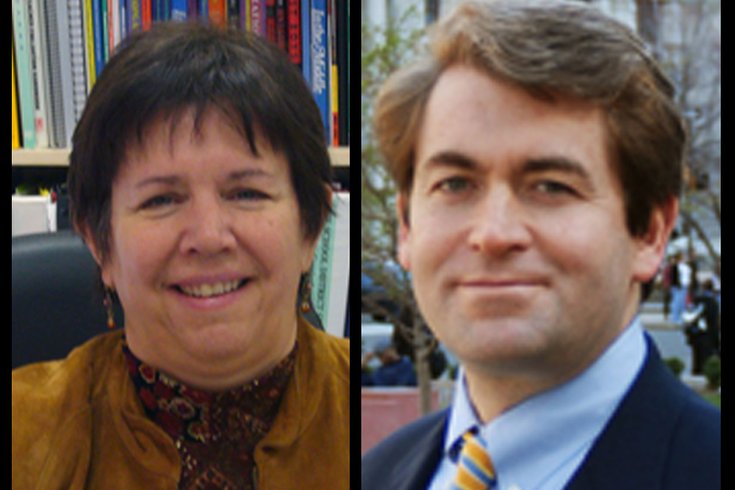 Marjorie Neff, left, will take over as president of the School Reform Commission from Bill Green.

Bill Green has been replaced as chairman of the School Reform Commission.
Governor Tom Wolf has stripped Green of his title and replaced him with fellow SRC member Marjorie Neff. An announcement will be made on Monday.
Green announced the news in a video on Facebook
RELATED STORY: SRC approves five charter schools
Green will reportedly fight the move in court. Per the video:
"I hold the office of chair and the office of commissioner. There is no vacancy in the chair and no legal basis for another commissioner to be named chair. This is important: by limiting removal to cause, the SRC statute makes clear that commissioners, once appointed, need to be free from political repurcussions for their actions in office"
Neff was the only member of the five-person SRC panel to vote no for all of the 39 proposed charter school in Philadelphia last week, a stance that aligns with the Wolf administration's belief that the district cannot afford new charter schools. Five of the schools were approved.
Green voices his support for Neff in the video, but questions the intent of the move by Wolf:
"Governor Wolf made full and fair funding the centerpiece of his campaign. I'm not sure how this action helps this effort to achieve full and fair funding, but I must assume he would not do anything to jeopardize that outcome."
The full text of Green's statement can be read on The Notebook education blog.