Brian Billick: Eagles are 'a powder keg ready to blow up' 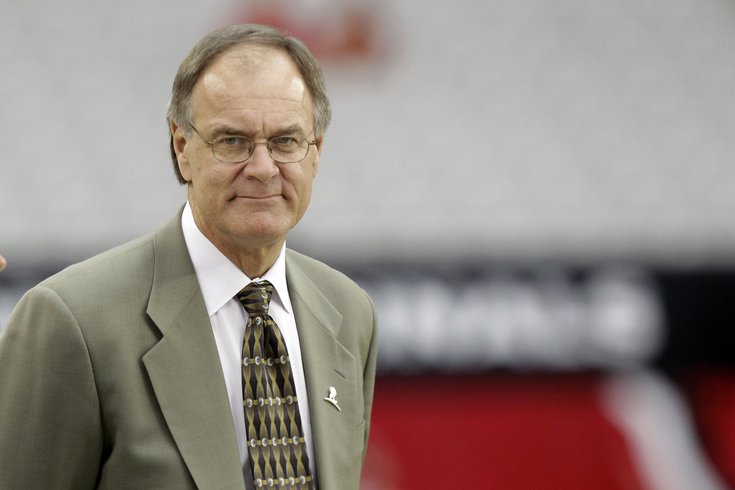 Brian Billick was rumored to be part of the Eagles' head coaching job search that ultimately netted Chip Kelly.

Appearing on Daniel Jeremiah's "Move the Sticks" podcast, former Ravens head coach and current FOX broadcaster Brian Billick went off on Chip Kelly and the Eagles. Billick was asked where Chip Kelly could go for answers after the Eagles' rough start, which led to the following rant:

"There is no place to go because it's one-stop shopping. This is it, and it's not just play-calling. Anytime -- and I know this first hand -- anytime, you know, you're vulnerable as a head coach certainly, when you're a head coach calling plays, multiply that ten-fold because now, not only are you not performing as the head coach, but now we have serious questions about your ability to call a game, or to orchestrate a game. It's a difficult double whammy, and he is the end-all, be-all. He made all the orchestrated change in the front office in terms of the players.

This thing is a powder keg ready to blow up, because as you guys know, you talk to the players, I've done their games, even when they're 10-6 the last two years, the players aren't real fond of the way they do business and the way they practice. They feel like they're being treated like college players.

When you're winning 10 games, you're not going to rock the boat. But if this continues, much like the players that have gone, we're going to start hearing the chipping away from within with the players, and unfortunately it'll be under the 'anonymous' tag to begin with. But some of the things, whether it be the way they don't get a day off or the practice structure, or how they eat, they way they're micromanaged the way Chip Kelly does it, this was going to be the new way. So this starts to begin to unravel.

Billick was rumored to be an Eagles' head coaching candidate after the team fired Andy Reid. That job, of course, went to Kelly.

Still, this isn't Heath Evans talking about the Eagles never winning a Super Bowl because they don't have a fullback. This is someone who had a 27-year coaching career, with 16 years in the NFL, nine of those as a head coach, and one Super Bowl win to his credit.

The video of Billick can be found beginning at the 36:23 mark below: