Block parties in Philly now require approval from local police, which has angered some residents 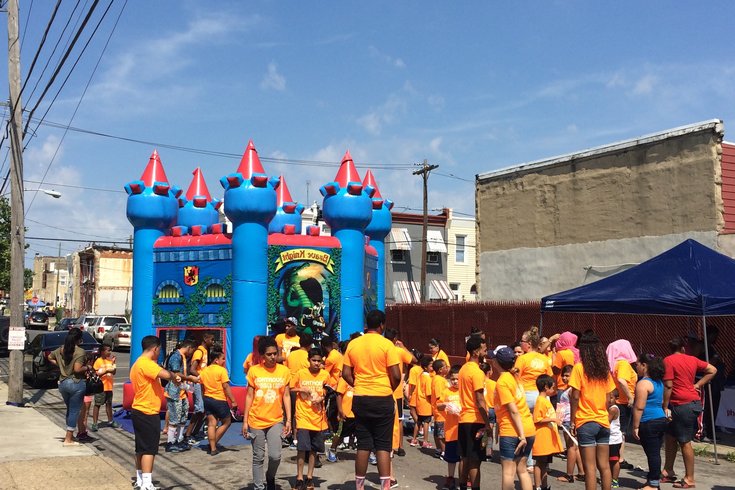 If you want to throw a block party in Philadelphia from here on out you will need to get approval from your local police district in addition to the Streets Department.

In a release on Thursday afternoon, the department explained the policy change that took effect on Aug. 1 with apparently scant public input and advance notice.

[All] Street Event Applications handled by the Right of Way Unit will require pre-screening approval from local Police Districts in advance of being processed. This change applies to applications submitted for approval on or after August 1, 2018. Applicants seeking approval to close their street to host a block party or another street event must submit a Block Party Authorization Approval Form to their local Police District before applying for a permit with the Streets Department.

Under the previous policy, residents simply were required to gather signatures from 75 percent of the neighbors on their block and submit a $25 application fee to the Streets Department with their Block Party Approval Authorization form.

Those steps will remain in effect under the new policy, but residents now must apply for approval with their local police district. Applications won't be processed unless police have signed the pre-approval form.

Applicants will still be informed in advance if their block is approved to be closed for traffic before they provide payment for the permit and any other items such as food, music and party-related activities.

Some residents are already up in arms about the new policy and have begun circulating a petition to prevent what they consider a police power grab.

"This is totally unnecessary red tape that's just going to make it harder for neighbors to organize block parties, and weaken this important part of Philadelphia's culture," says the petition, which singles out the Kenney Administration, the Streets Department and police for framing the policy change in "Orwellian" terms.

The petition, sponsored by the bipartisan Philadelphia 3.0 political organization, provides a contact list for residents to reach out to City Council members to oppose the new policy.

"One of the biggest reasons why Philadelphia has such a strong block party culture – which is most popular in majority black neighborhoods in North, West, and western South Philly – is because of how cheap and easy it is to get a permit," the petition states. "For the real customers, it's going to mean more of your block party applications getting vetoed by the Police for unclear reasons."

"To better serve residents, the process has been revamped to allow the police to approve the request before the permit is paid for and issued," said a spokeswoman for the mayor. "Approval by the police was always a part of the block party permitting process, that is nothing new. The only thing that has changed is the order in which it now happens."