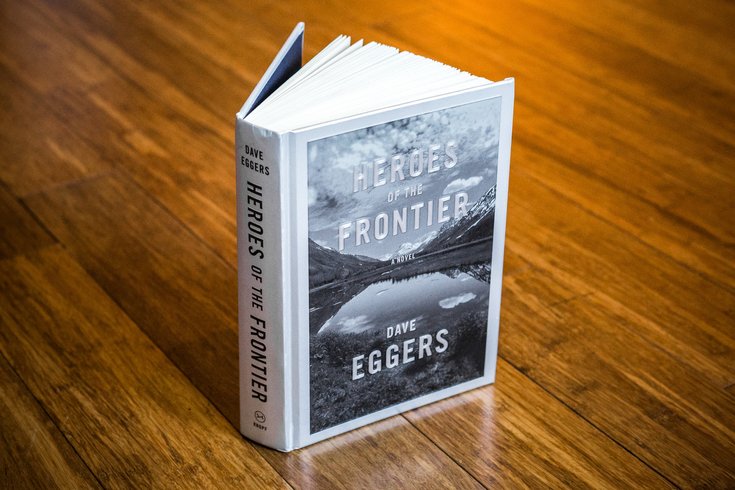 Fam on the Run: A mom and two kids drive an RV into the Alaskan countryside in Dave Eggers' latest novel.

Dave Eggers’ latest novel isn’t a horror story, but there is an unshakable air of menace hovering over its characters as they drive their RV aimlessly into the Alaskan countryside.

Behind the wheel of this creaking Winnebago is Josie, recently robbed of her dentistry business by a dubious malpractice lawsuit. Buckled up in the back are her two kids, Paul and Ana, whose protective older brother/wildcard younger sister relationship brings to mind a dynamic familiar from real life, of course, but also Steven Spielberg’s “War of the Worlds” and M. Night Shyamalan’s “Signs.” As with those alien invasion movies, this book is about a single-parent family trying to survive against tall odds — though it would be irresponsible of me to lead you to believe that Josie, Paul and Ana face some unearthly threat in "Heroes of the Frontier."

The demons that chase them deeper into a maze of abandoned roadside attractions and overpriced RV parks are of this world, though Josie may be exaggerating or underestimating those dangers in her mind. She’s far from home with no set destination or time limit, though the kids should be in school by now. Totally winging it.

In her rearview are the ghost of the bright young man who died in Afghanistan after she encouraged him to enlist, the litigious chain-smoker who blames Josie for missing a cancerous growth during a routine examination and the spineless ex-boyfriend suddenly showing an interest in his children’s lives. They’re all back home in Ohio.

As we’ve come to expect from the author of "What is the What" and "Hologram for the King," Eggers’ prose is charming and direct, telling the story with a quick pace and little artifice. It’s also pretty funny:

The town had once held hippies, Ohio hippies, all of whom seemed to Josie preternaturally grateful people, who were happy for the trees, happy for the rivers and the streams and birds, and the fact of their lives, and the existence of weed and ready sex. They built their homes from mud and twigs, here and there a dome, here and there a hot tub. But now they were older, and were moving or dying, being replaced by these bicyclists, these fast-driving women in ponytails who desired everything, who so wanted the world that they would not accept limitations, interruptions, babies at restaurants or scooters on sidewalks. Ohio, birthplace of most of the country’s presidents, was now home to most of its assholes.

During her endless hours behind the wheel, Josie imagines a lavish Broadway musical called “Disappointed!” wherein the everyday complainers of the modern era take center stage to whine about their inconveniences. As you might expect from a dentist, Josie has little patience for people who can’t take care of themselves.

Josie and the kids can take care of themselves, mostly. It’s debatable whether they’re heroes, as the title suggests, but their increasing ability to persevere in the face of moral and physical obstacles makes them admirable and makes this gripping, occasionally nerve-wracking novel so hard to put down.