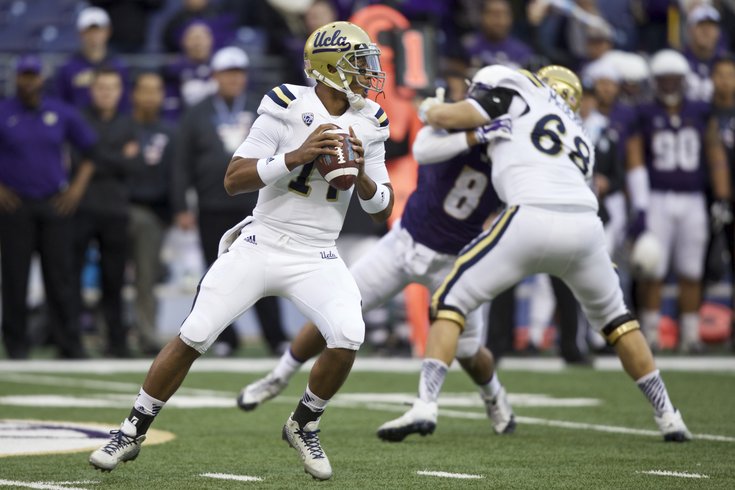 Brett Hundley could be a fallback option for Chip Kelly if he can't land Marcus Mariota.

INDIANAPOLIS -- When quarterbacks are discussed in the 2015 draft, there’s Marcus Mariota and Jameis Winston … and then there’s a wide chasm. And then there’s Brett Hundley.

Speaking during his media appearance at the Combine, Hundley was asked if there were any NFL offenses that resemble what he ran at UCLA. Hundley answered, “I guess, Eagles.” Hundley cited “zone reads” and “pass concepts that match up like ours” as the similarities.

Chip Kelly may not care all that much about Hundley's lack of experience taking snaps from under center, but the other two perceived negatives should be concerning. If Chip Kelly feels like he can work with him through the mental side of the game, and if he cannot land his protege in Mariota, the physical attributes that Hundley brings to the table could be make him an attractive second option at quarterback to the Eagles.