Bring on the cookies: CHOP helps teen crack his allergy to eggs

'It's literally changed our lives' 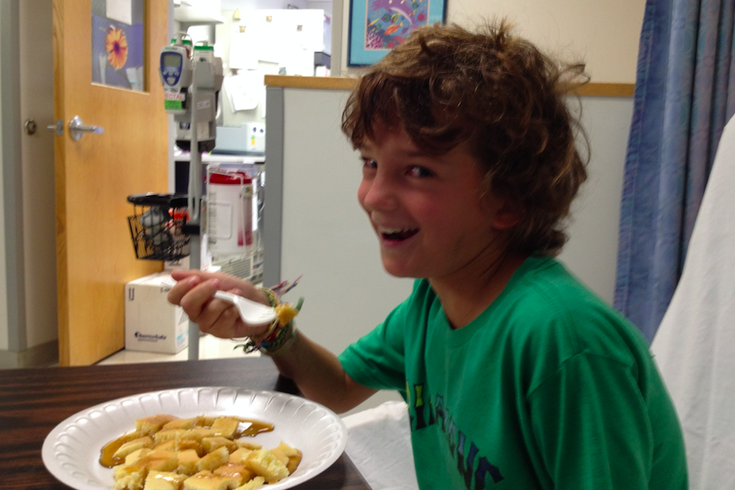 Isaac Keiser eats pancakes at Children's Hospital of Philadelphia in 2012. Doctors at CHOP have helped rid the teen of his egg allergy, a years-long process.

Since he was one year old, Isaac couldn't go near the breakfast food. Or cookies. Or brownies. Or most foods, really.

Keiser discovered that her son couldn't eat egg when he was just a baby because of his anaphylaxis, but after years of working with doctors at the Children's Hospital of Philadelphia, he's been cured.

Keiser doesn't like to use the word "cured," but Dr. Jonathan Spergel, chief of the hospital's allergy section, would venture that far.

"With him? He's probably cured," Spergel said. "In theory, I think he's probably fine at this point."

Isaac Keiser is the first patient to be desensitized in CHOP's unique study using baked eggs. The more cooked the egg, the less severe of a reaction. So, Isaac started off by eating meringue cookies and then progressed to scrambled eggs.

"I feel great," he said. "Literally, I just got home from eating brunch where I ate pancakes with eggs in them."

The idea is to expose kids to the cause of their allergic reaction to get their bodies used to the allergen, in hopes of preventing more serious reactions, Spergel said. 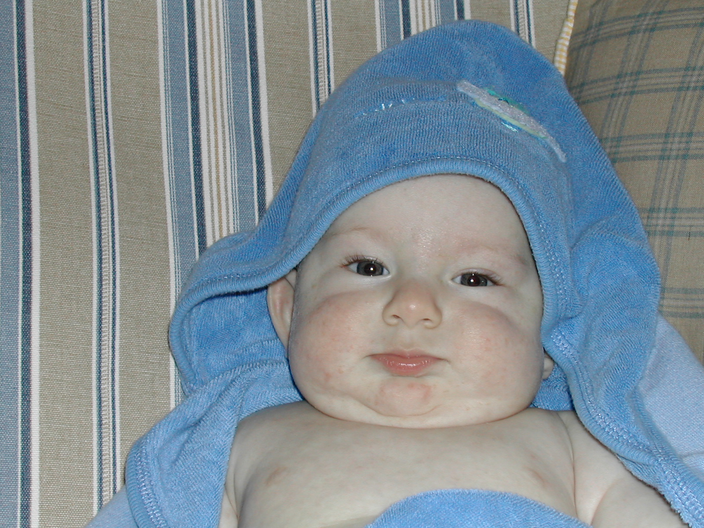 Gwen Keiser first discovered Isaac's food allergies when he was a baby.

Isaac Keiser now has to eat keep eggs in his diet to work against the allergy. He eats food with eggs in them about three times a week – down from five times a week. Since eggs are in so many foods, it's pretty easy for him, he said.

It's been a long road for the Keisers, who have been working on Isaac's egg allergy since 2012. His allergy to milk and tree nuts that he developed as a baby have gone away on their own, though he still must manage his allergies to peanuts and fish.

But peanuts and fish are much easier to avoid than eggs, Gwen Keiser said.

"I love pancakes, I love Ben and Jerry's ice cream," Isaac said. "Cookies and cakes, sort of everything."

Spergel, who has been with CHOP since 1998, said that allergies in children have greatly risen in the last 20 years – nearly six million American children suffer from food allergies, with milk, eggs, peanuts, wheat, soy, fish and shellfish being some of the most common. That's about two kids per school classroom.

Spergel said it's a joy to be able to watch children once limited by their condition enjoy foods they couldn't have before. Though, he urges people to not try to attempt to desensitize themselves at home.

Isaac Keiser said he's extremely thankful to all the physicians, like Dr. Rushani Saltzman, who he worked with most, for helping him lead a more normal day-to-day.

"It's been such a gift to my life and has given me so much peace of mind," he said.

Dr. Spergel encourages parents interested in finding out about future studies that could help with their children's allergies to email foodallergyresearch@email.chop.edu.