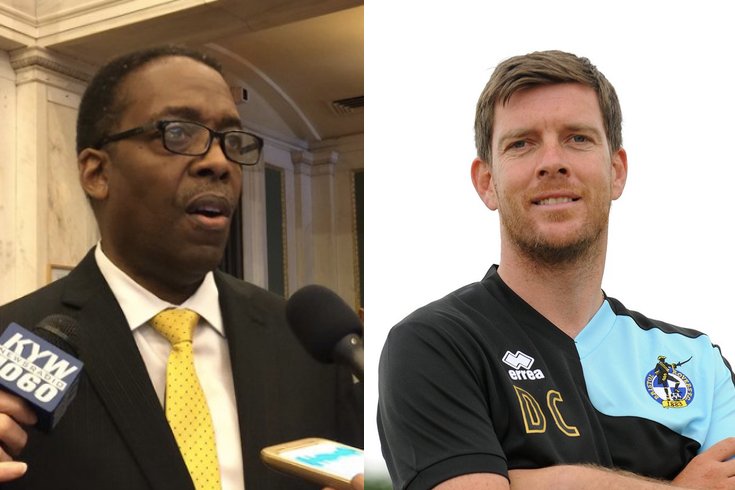 As someone who shares a name with a person much more famous than myself, I can sympathize with Philadelphia City Council President Darrell Clarke.

According to the Bristol Post, Clarke has been getting support, praise and criticism from several Twitter members in England over the past year or so, but not because of his work on the city budget.

Instead, fans of the Bristol Rovers, an English football club, have been tweeting at Clarke because they're mistaking him for the team's manager, who's also named Darrell Clarke. Here are a few examples from the Post, which refers to Philly's Clarke as the "President of Philadelphia":

@nickhiggs14 Spend some money. @Darrell_Clarke needs to improve our team!

Good luck to @Darrell_Clarke and the boys today.

@Darrell_Clarke Nice to see you're proving your doubters wrong, I've always believed you were the man for the job. #UTG

About a year after the phenomenon started, it's still going on:

Are you coming to Leeds? @Darrell_Clarke #lufc

What a bloke @Darrell_Clarke #utg

Some Brits caught their mistake:

@TheMadLeedsFan @Darrell_Clarke I made this mistake - it's the wrong Darrell Clarke, he's in the USA!

Clarke has recently acknowledged the mix-up, complying with a fan who said a retweet would "mean the world" to him.