The state ranks among those with the most income lost to caretaking; New Jersey is among the middle of the pack 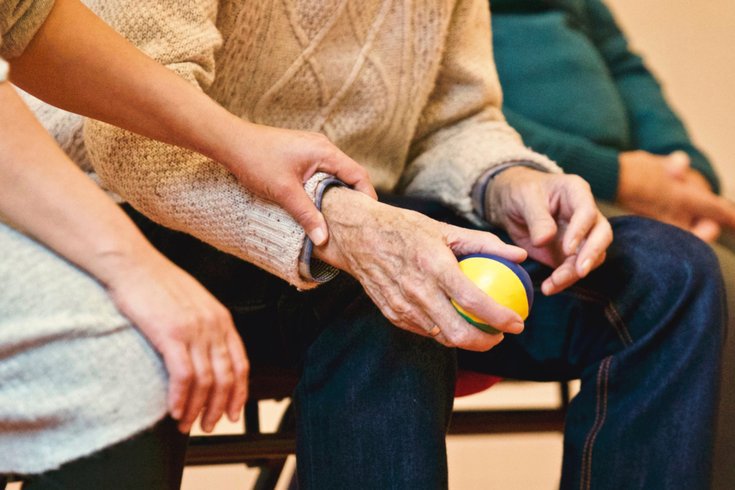 About 51 million Americans who are elderly or have a serious health condition require caregiving services, according to a Blue Cross Blue Shield report.

Unpaid caregiving services cost the U.S. economy about $264 billion every year, and that impact is particularly felt in Pennsylvania.

Pennsylvania is one of nine states with more than 17.8% of its population in need of a caretaker, according to a new Blue Cross Blue Shield report. It also ranks among the eight states with the highest percentages of income lost to caregiving, at more than 1.75%.

New Jersey has at least 15.6% — the national average — of its total population requiring caregiver services. It is among 17 states that loses at least 1.5% – but no more than 1.75% – of its total income to caregiving.

At the local level, every county in the Philadelphia region has at least 15.6% of its population in need of a caretaker. They lost all lose at least 1.5% of their total income to caregiving services.

About 51 million Americans who are elderly or have a serious health condition require caregiving services, according to the report. To meet this need, many people are providing unpaid services.

A survey conducted last year by Archangels found that 61% of Americans were working as unpaid caretakers or looking out for a friend, neighbor or family member. More than half of them would not have identified as a caregiver prior to the COVID-19 pandemic, which has made the practice more difficult.

The uptick in unpaid caretakers has led to greater financial stress, feelings of isolation and reliance on negative coping mechanisms like alcohol, medication and food, the survey found.

The Blue Cross Blue Shield report looked at the direct and indirect economic impacts of caregiving. The direct impact accounts for time spent caretaking and its influence on decisions regarding work, absenteeism and productivity. Indirect impact involves poor health outcomes associated with the demands of providing such services.

The direct impact of unpaid caregiving resulted in roughly $44 billion in lost income, according to the report. The estimated indirect effect was $221 billion.

Additionally, more than 65,000 jobs were lost and almost 800,000 uncompensated caregivers reported absentee issues at work. The report also found workplace absences increase by 40% in the months after caregiving begins.

A Blue Cross Blue Shield report released last September found caregivers are 26% more likely to suffer from poorer health compared to non-caregivers. Millennial caretakers are more likely than other populations to have stress-related conditions like anxiety, hypertension, depression and obesity, as well as higher rates of hospitalizations and emergency room visits.

The U.S. Centers for Disease Control found in February 2020 that close to 20% of uncompensated caregivers reported being in fair or poor health.