Nearly 150 people in 29 states – including four states reporting cases for the first time – have become sick from an E. coli outbreak linked to romaine lettuce.

In numbers updated Wednesday, the Centers for Disease Control and Prevention reported that Florida, Minnesota, North Dakota and Texas have now reported at least one illness linked to the outbreak. Pennsylvania has reported the second most cases – 20. New Jersey has reported eight. 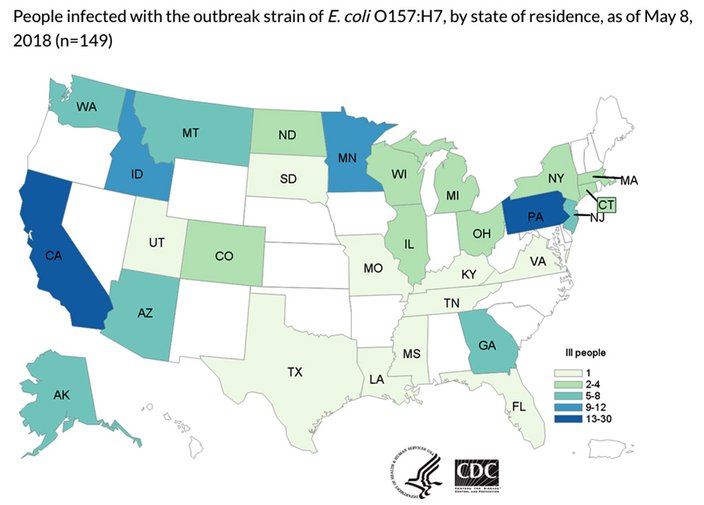 At least 64 people have been hospitalized, including 17 with kidney failure. One death, previously reported, occurred in California.

The most recent illness started on April 25, said the CDC, noting that illnesses since then may not have been reported yet to the agency.

The outbreak has been linked to romaine lettuce grown in the Yuma, Arizona area, which provides most of the romaine sold in the United States during winter months.